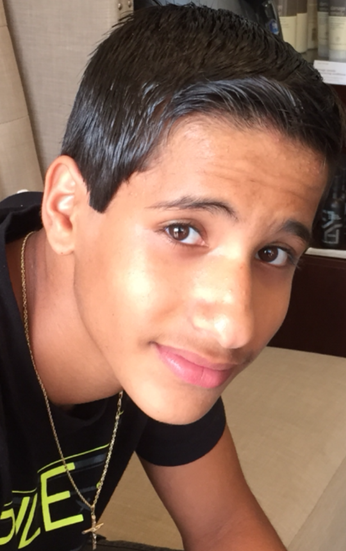 Zakri Ziad Yunis, 14, passed away at his home in Williamsburg on Saturday, September 12, 2015.  Born in Amman, Jordan, he was a cherished son of Isam Yunis and Rachael Ludwiczak Yunis of Williamsburg.  In addition to his parents, Zakri is survived by his brothers, Ramsey Yunis, Striar Yunis, both of Williamsburg, his maternal grandparents, Richard and Trudy Ludwiczak of Medina, Ohio, his paternal grandmother, Abla Yunis of Amman, Jordan, and numerous Uncles, Aunts, and Cousins.  He is preceded in death by his paternal grandfather, Shafiq Yunis.

Zakri owned and operated his own lawn care business, Zig-Zag Lawn Care, the proceeds of which will now be donated to a charity in Zakri’s name.  He attended Jamestown High School and was home schooled prior to that.  He loved nature, being outside, and will be remembered for his zest for life.  He was an Altar Server at St. Bede’s Catholic Church in Williamsburg.  He enjoyed “living large,” as he liked to say, and will be deeply missed by his family, his home school community, and many others who knew him.

A Funeral Mass will be held at 4:00 pm on Wednesday, September 16, 2015 at St. Bede’s Catholic Church on Ironbound Rd in Williamsburg with inurnment to occur at the Church Columbarium, immediately following the service.  In lieu of flowers, we know Zakri would appreciate a donation to help those children lost in this world.