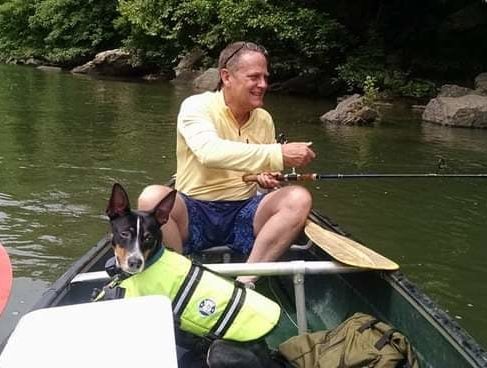 Wilson “Scott” Whyte, 64,  lifelong resident of Williamsburg,  passed away unexpectedly in his sleep on January 19, 2023. He was preceded in death by his parents, James P. Whyte Jr. and Martha Whyte and his brother, S. Ward Whyte. He is survived by his loving wife of 30 years, Ethel Whyte. They met and fell in love in March 1986, and were married on April 25, 1992. Scott had three daughters and one son. Rhonda Walls Rochelle (Timothy) of Edenton, NC, Shelly Walls Taylor (S. Todd) of Williamsburg, VA, Nicole E. Walls of Williamsburg, VA, and Scott Davis Whyte (Erika) of Blacksburg, Va. Scott also had five grandchildren who were the apple of his eye. Brandon Haislip Jr., Jonathan Haislip, Olivia Haislip of Edenton, S. Grayson Taylor of Williamsburg and Emerson John Whyte of Blacksburg. He is also survived by his brother James J. Whyte of Toano, Va.

Scott graduated from Virginia Tech in 1981 with a B.S. degree in horticulture. He was a gifted horticulturist who loved everything outdoors. As an avid outdoorsman, he loved fishing, camping, golf, and football. GO COLTS! GO HOKIES!

His funeral will be at Liberty Baptist Church located at 15810 Liberty Church Road Lanexa, VA 23089 on Sunday January 22, 2023 at 2pm and the family will be accepting friends following the service.