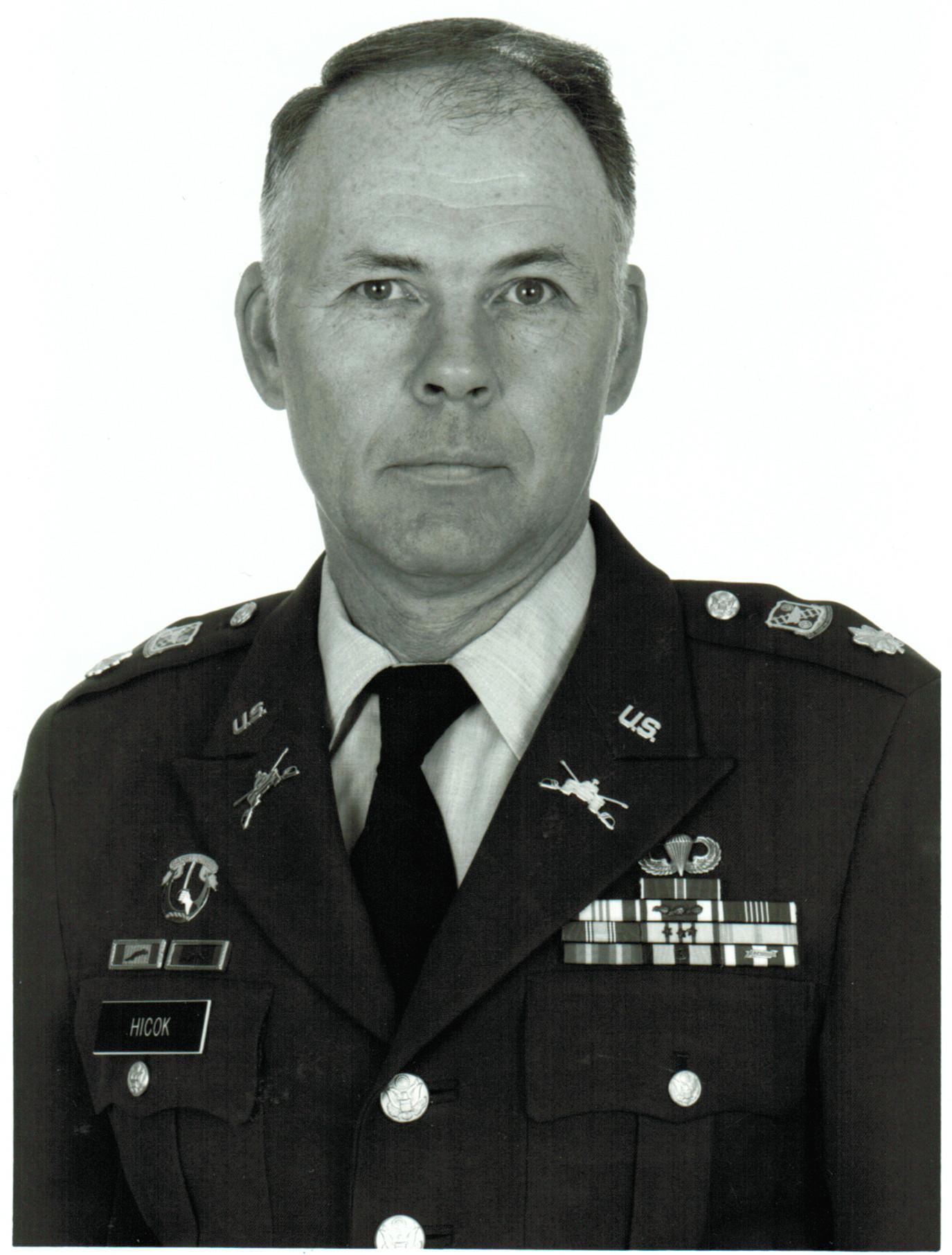 William Tyler (Bill) Hicok, age 70, died November 25, 2012 after a courageous battle with lung cancer. He was born in Cleveland, Ohio on September 21, 1942 to Kenneth L. Hicok and Bethany Tyler Hicok, both of Michigan, who predeceased him.

He was a 1959 graduate of Troy High School, Troy, N.Y. and a 1963 graduate of Michigan State University. He served 28 years in the U.S. Regular Army including service in Vietnam, Ethiopia, Korea and Germany, retiring in 1991 with the rank of Lieutenant Colonel.

Bill and his wife Marilyn have lived in the Hampton Roads area since 1988. After his military retirement, he founded Poquoson Arts, creating watercolor and acrylic paintings of local scenes as well as commissioned works for several years. In 1999, he took a five month solo motorcycle tour around the U.S.; 16000 miles through 34 states, coast to coast and back. He completed a memoir of the ride which is unpublished. As a volunteer with WHRO from May of 2003 until his death Bill originated, produced and hosted a program of recorded classical guitar music called Silver Moonbeams. He also served as a board member of the Tidewater Classical Guitar Society.

He is survived by his beloved wife Marilyn, their five shared children and six grandchildren. Also surviving are his brother, Paul; sisters, Connie and Bethany and his former wife, Bonnie Storm. Bill thanks his family, extended family and friends for their immeasurable contributions to his life. Interment will be at Arlington National Cemetery at a later date.

Bill was known for his love of animals. Some of his favorite hours were spent with his ìgranddogs.î Although his constant home companion was Sapphire the rescue cat, he enjoyed feeding the birds and watching wildlife in his yard. Contributions in his memory may be made to the Heritage Humane Society, 430 Waller Mill Road, Williamsburg, VA 23185.