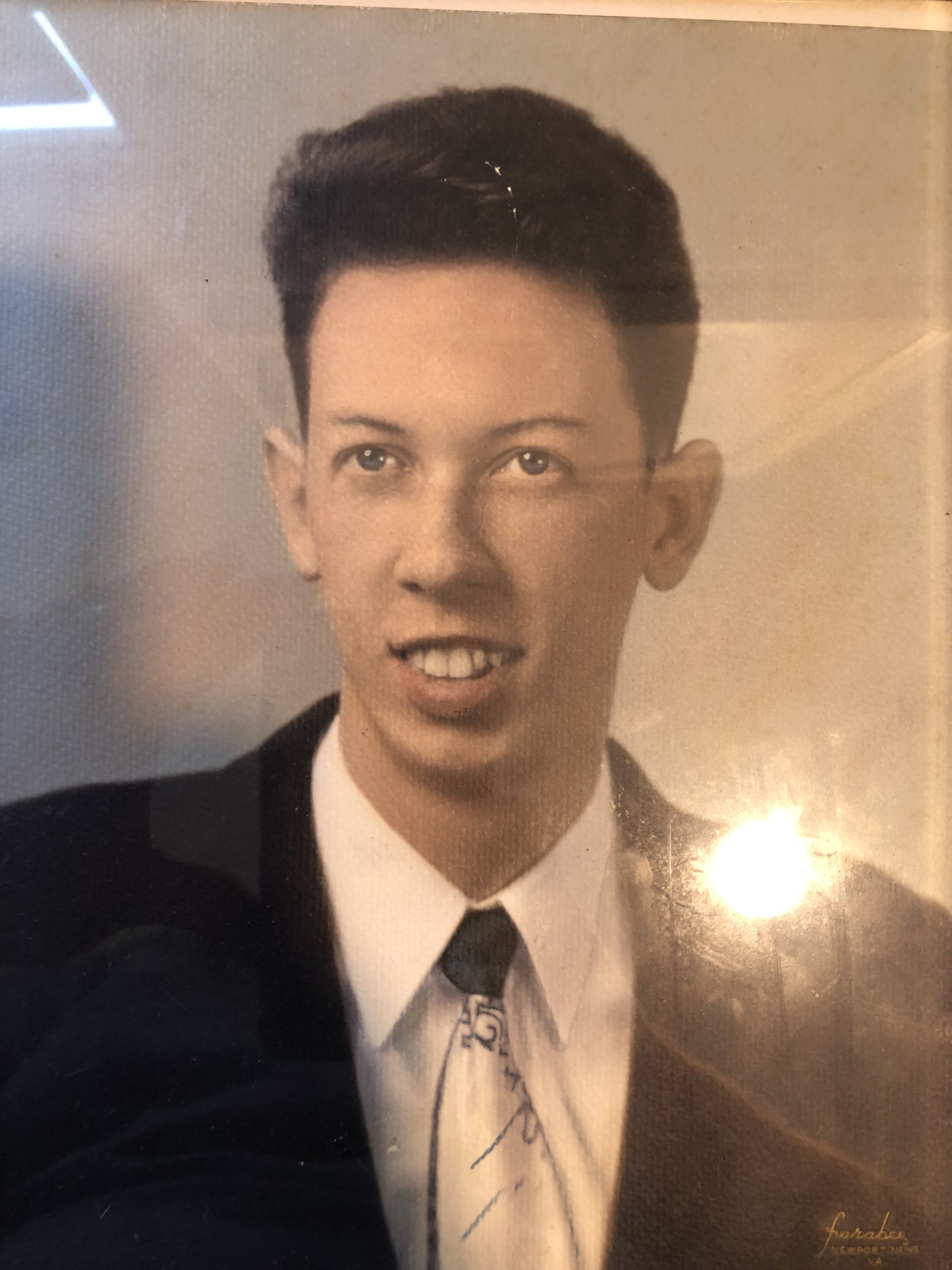 William was Born September 20th, 1934, in Washington D.C. William was a York County Resident, Cheatham Annex during World War two. He attended Magruder Elementary in Upper York County, Poquoson High School but Graduated from Mathew Whaley in 1954. William drove a York County school bus in 1953 while still attending the same school. William was a former Marine Sergeant, U.S.M.C. and lived his life by the moto “Semper Fidelis.” He worked at the Newport news Shipyard in x43 M.I. (Nuclear section) and retired after 31 years. He was part of the Cheatham Annex Boy Scout troop 106. He loved to ride his bike and chat with his neighbors. He loved to shop at Walmart and chat with all the help. William is survived by three brothers, Jack F (Peggy), Richard J(Linda) , and Charles E (Carolyn).William is  survived by his three children William L. III (Robin), Johnathan W.(Stacey) and Jennifer G.  William is also survived by his five grandchildren Rodnesha, Ervasha, Benesha, Kendal, And Hazel along with two great grandchildren Liam, And Lilliann. He also left behind his beloved family dog Marley. He was preceded in death by his parents William and Helen Hughes and Brothers Hamilton and Robert.