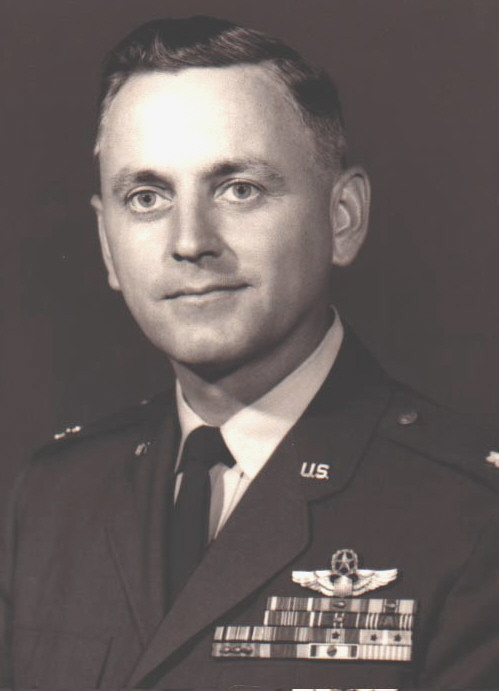 Bill was a member of the graduating class of 1950 at the United States Military Academy. Upon graduation he earned his Master of Science degree in International Relations from George Washington University and was a graduate of Squadron Officer School, Armed Forces Staff College and the Air War College. Bill was a command pilot with over 5,300 flying hours. His military decorations and awards included the Legion of Merit with oak leaf cluster, the Distinguished Flying Cross with two oak leaf clusters, Air Force Commendation with two oak leaf clusters and The Army Commendation Medal.

His final tour of duty was to command the Defense General Supply Center, Defense Logistics Agency in Richmond, VA, prior to his retirement in 1980.

Bill considered his service of 32 years in the Air Force and the Army to be his calling and truly an honor. He continued to serve his community after his retirement as a charter member and president of the Brandermill Rotary Club in Richmond, VA and a Board member of the Richmond United Way. He valued his associations working in leadership roles with the Rotary Club, the Air Force Association and the West Point Society. Bill was the Chairman of the Disaster Services to the Red Cross of Virginia and was Consultant to the American Red Cross in Washington, DC providing disaster services and logistical support. Bill was able to use his skills and knowledge, his gifts and talents to support families devastated by natural disasters.

A Celebration of Life service will be held on Wednesday, April 24th at 11:00am in the Grand Hall at Patriots Colony in Williamsburg, VA. A graveside service with full military honors will be held for Bill at a later date in Arlington National Cemetery in Arlington, VA.

Bill is survived by his wife of 62 years, Bettie B. Curry, his son William Donald ìChipî Cury III, and his daughter Linda Curry Gaskins and son in law Kevin Gaskins, two granddaughters, Page and April Curry,

Bill’s Family would be honored if memorial contributions would be made to the organizations that were special to him throughout his life. These include: The American Red Cross, The Patriots Fund at Patriots Colony Williamsburg, VA and the families of the Wounded Fund at www.familesofthewounded.org.