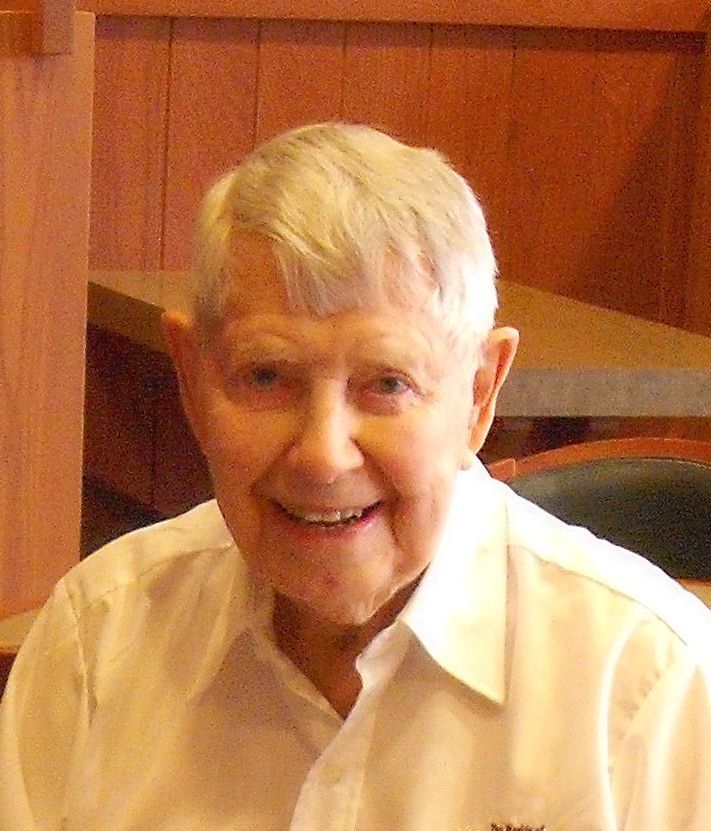 William ìBillî Joseph Chambers, age 93, left to be with The Lord on April 23, 2012 after a sudden illness.

Bill was a decorated WWII Combat Veteran of Six Asiatic Pacific Campaigns. He was born in Missouri Valley, IA on December 28, 1918. He graduated from Iowa State University in 1940, completing ROTC and obtaining a Bachelorís Degree in Animal Husbandry. However, he had to wait until he was 21 years old for his Commission. He served from March 5, 1941 to June 6, 1946 in the US Army Air Corps. As a Captain and Bombardier/Navigator in B-25ís, he bailed out of three damaged aircraft in the course of thirty-nine air combat missions and logged over 2000 flight hours.

After a brief initial sojourn in sales, Bill became a general contractor in Texas, Colorado, Hawaii, and Virginia. Among his accomplishments are the first Gold Medallion All Electric subdivision in Dallas, TX, the Downtown Internal Revenue Building, the US Post Office, The Walnut Hill Shopping Center, and the John Hancock Insurance Building also in Dallas, TX; the redevelopment of Downtown Aspen Mountain Plaza, Meadowood Subdivision, Aspen Music Association, the Center for Humanistic Studies, and the Chapel of the Prince of Peace in Aspen, CO; the Mauna Kai Vacation Resort and Condominiums in Princeville, Kauai, HI; the Episcopal Parish Hall, Sedona, AZ; and, the Christian Broadcasting Network Headquarters and Production Television Studios and CBN University Administration Buildings in Virginia Beach, VA.

He came out of retirement twice. Once to serve oversees in Asia and the Philippines teaching the manufacture of sustainable building materials as the manager of Special Projects for the World Vision Relief Organization, Monrovia, CA, and once to become a private contractor again in Williamsburg, VA.

Bill was an active member of the Williamsburg Community Chapel, where for the last several years he created art work for shut-ins and nursing home residents, and volunteered in the cafÈ. Bill enjoyed life to the fullest, and even at 93, was active and maintained a busy social calendar with his family and friends, his Church Community, Silver Sneakers at the YMCA, and Senior Bingo at the Mooretown Road Chik-Fil-A.

The youngest of seven children, he was preceded in death by his parents, Francis Chambers and Martha Christensen of Missouri Valley, IA; his loving wife of sixty-four years, Junne Adams Chambers of Williamsburg, VA; his siblings, Hazel Chambers of Omaha, NE, Florence Miller of Herman, NE, Mabel Martens of Missouri Valley, IA, Margaret Martens of Missouri Valley, IA, Robert Chambers of Washington, DC, and Mary Sproul of Lakeview, IA; and his nephews Sean Pence of Carrollton, TX, and Lindon Patterson of Carbondale, CO. He is survived by his only child, Cydney June Player and her husband Michael Bradley Player of Williamsburg, VA; their two children, Andrew Blake of Denver, CO, and Caroline Player of Williamsburg, VA; nephews, Christopher Pence of Colorado Springs, CO, Mark Pence of Cumby, TX and Phillip Martens of Blair, NE; nieces Shannon Cronin, of Bensheim, Germany; Paige Hammernick of Shoreview, MN, and Judy Reeves of Lakeview, IA; dozens of grand and great-grand nieces and nephews; and too many special friends and acquaintances to list.

A memorial will be held for friends and family at 11:00 a.m. this Saturday, June 9, 2012, at the Williamsburg Community Chapel, 3899 John Tyler Highway in Williamsburg, Virginia. Mr. Chambers will be interred at Arlington National Cemetery.

Donations in lieu of flowers may be made to the ìAgape Fundî at the Williamsburg Community Chapel.