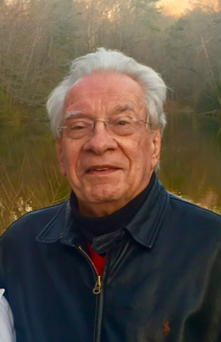 Bill earned his Bachelor of Arts from Emory & Henry in May of 1962. From there he went to the Southern College of Optometry in Memphis, Tenn., where he graduated with honors with a Bachelor’s of Science and Doctor of Optometry in 1966. Upon graduation, he served in the U.S. Air Force for two years as an optometrist and was honorably discharged in 1968 as a 1st Lieutenant.

While he started off life as a shy young man with horn-rimmed glasses, contacts revolutionized his world, and a more outgoing Bill was born. He was always willing to help loved ones, strangers, and even animals. He was known at his practice for taking in stray cats that happened to show up at the back door. He was an avid sports fan with a special eye for the Washington Redskins and college football and basketball.

Family was the centerpiece to Bill’s life and to him family transcended bloodlines. Bill was the patriarch of his family and always ensured those he loved were supported in every way possible. Bill is survived by his wife, Wendy Hall, his children and grandchildren: Janie Sutherland Barnes, and her son, Dalton; Amy Sutherland Yaugo and her children, Emma, Anna Paige, and Benjamin; Douglas Murphy and his daughter, Madylynn; Sean Hall and his daughter, Milli; Josh Hall and Sarah Hall. He is also survived by all four of his siblings, his twin, Betty Sutherland, Joshua Price “JP”, Jr. and his wife Kathie, Emily Biddle and Franklin, along with many nieces and nephews.

Bill was predeceased by his wife, Corrie Heuvel Sutherland, on July 23, 1997.

Bill will be remembered for his kindness, his compassion, and his unswerving dedication to his patients, friends, and family. The family asks that memorial contributions may be made to the American Cancer Society or Heritage Humane Society in Bill’s name.