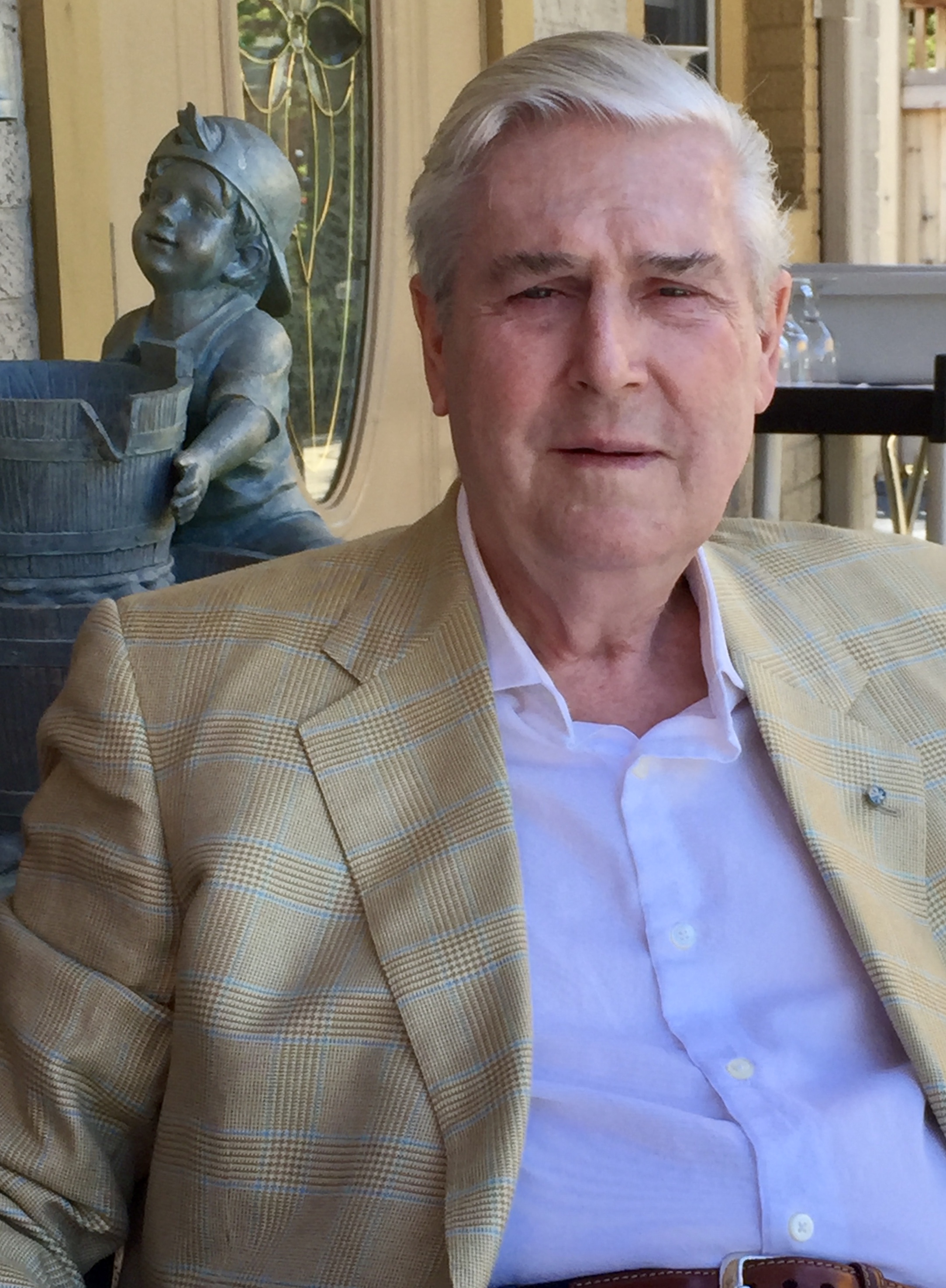 Mr. William Bradford (Brad) Ross III was called home on December 11, 2017, after a courageous battle with cancer. He was surrounded by the love of his family.

Brad was born on June 29, 1941 in Olympia, Washington, to Bradford and Dorothy Hardy Ross while his father was stationed there during WWII. He was raised in Washington, DC; attended Avon Old Farms, CT; majored in Political Science at the University of Wyoming; and proudly served his country in the United States Coast Guard within their Search and Rescue Division.

On March 16, 1979, Brad married the love of his life, Robinette Davis in Naples, Florida and together they had two children, Nellie Tayloe Ross (Sanders) and William Bradford Ross IV. Brad was a business consultant with a concentration on real estate throughout the Washington, D.C. metropolitan area. In later life, he enjoyed raising cattle and horses at his family home, Maiden Point Farm, Newburg, Maryland. In retirement, Brad and Robinette lived in Williamsburg, VA.

Brad’s interests included advancing Governor Nellie Tayloe Ross’s legacy, who was also America’s first female Director of the United States Mint under Presidents Roosevelt, Truman, and Eisenhower; traveling and antiquing with his dear Robinette, and enjoying time with his children’s families. Brad was a member of the Society of the Cincinnati of Virginia; Virginia Society of the Sons of the Revolution; and a board member of the Saint Andrews Society of Williamsburg, Virginia. As a young man, he served faithfully as the Senior Warden of Christ Church in Wayside, Maryland and later in life was a member of Bruton Parish Church in Williamsburg, Virginia.

Bradford is preceded in death by his beloved parents, Bradford and Dorothy Hardy Ross; and two brothers David Tayloe Ross and John Hardy Ross. His life will forever be cherished by his loved ones of which he is survived by his wife, Robinette Davis Ross of Williamsburg, VA; and their children, Nellie Tayloe Sanders and her husband, Rep. Michael Sanders of Kingfisher, OK, and William Bradford Ross IV and his wife, Avery Walker Ross of Alexandria, VA; Aviza Grafel and her husband, Matt Grafel of Winchester, VA; brother, Robert Tayloe Ross and his wife, Laurie Hughes Ross of Richmond, VA; niece, Catherine Tayloe Ross of Brooklyn, NY, and nephews James Tayloe Ross of Alexandria, VA and David Tayloe Ross of Fredericksburg, VA; grandchildren, Davis Lee Sanders and Walker Tayloe Sanders of Kingfisher, OK and Erik, Emma and Connor Grafel of Winchester, VA.

The funeral service will be held on Thursday, December 14th, at Bruton Parish Church in Williamsburg, VA at 2:00 p.m. followed by a reception at the Custis Tenement House. A private internment will be held at St. Pauls Rock Creek Cemetery in Washington, D.C.  Funeral arrangements are under the direction of Bucktrout Funeral Service in Williamsburg, VA.