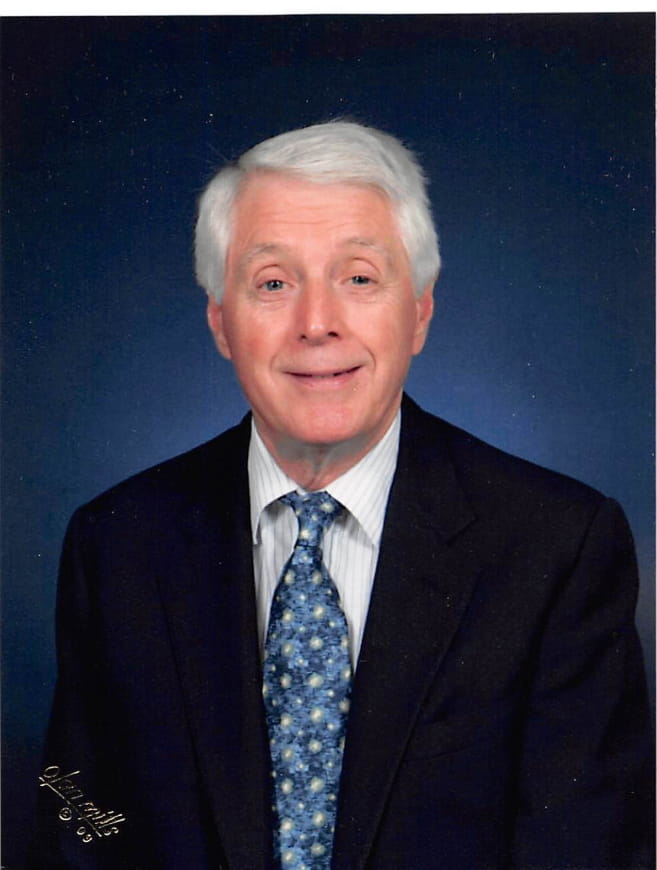 Wilbur Dean Larkin, a 15-year resident of the Williamsburg area, passed away peacefully on October 16, 2018. He was born November 30, 1933 in Kansas City, Kansas. He was the son of Orville M. Larkin and Helen McCool Larkin. Wil, as he was known to friends, grew up in Johnson County, Kansas, a suburban area of Kansas City adjacent to the Kansas-Missouri border.

Wil was graduated from the University of Kansas, Lawrence in 1956 with a Bachelor’s degree in Electrical
Engineering. He received a commission as a Second Lieutenant in the U.S. Air force in 1957 and began
three years of service as a Communications and Radar Maintenance officer. Also that year he married Madelyn Ann Brite, a high school and college classmate.

Following his Air Force service, Wil joined General Dynamics in Rochester, New York where he became a member of the research department of the company, to conduct speech recognition research. In 1971, Wil and several colleagues formed the Center for Communications Research to continue their speech
recognition research. This group’s research was focused on the speech and hearing problems of the
deaf. They developed a Speech Spectrographic Display for use by speech therapists with their patients.
Later, they formed a for-profit corporation, Spectraphonics, Inc. to market their technical speech-related products.

In 1983 Wil joined AT&T in New Jersey as a Product Manager for new communications products. After 16 years of Service with AT&T and later with Lucent Technologies, formed by AT&T, he retired in 1999. He and his wife moved to the Williamsburg, Va area in 2003.

Wil had many interests and a commitment to community service. As an active member of the Williamsburg United Methodist Church he served in the choir and as a board member of the Early Childhood Music School. He also compiled 2,000 hours as a weekly volunteer at Historic Jamestowne for the National Park Service and as an occasional volunteer for Jamestown Settlement.

Wil’s interest in Continuing Education led him to become an active member of the Christopher Wren
Association, serving on the board and as President in 2017-2018.

A memorial service for Wilbur will be held November 2, 1:30 p.m. at the Williamsburg United Methodist
Church, 500 Jamestown Road. In lieu of flowers, those wishing to make donations to the memory of Wilbur, may choose the music or outreach programs of the church, Historic Jamestowne, or the Christopher Wren Association.