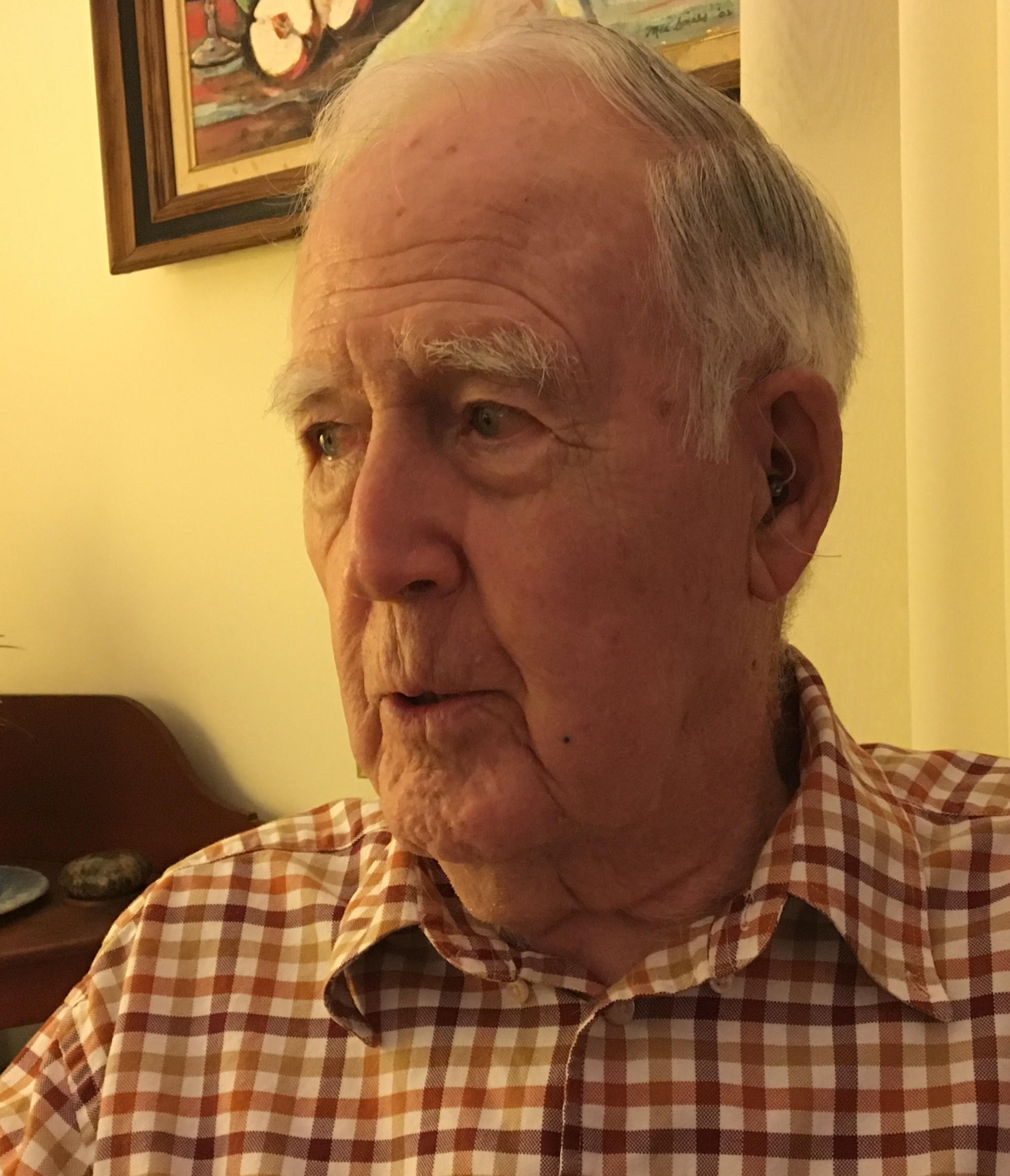 “Mac” Weldon Blair MacDonald, 92, died peacefully on Tuesday, September 11, 2019 of natural causes.  He leaves his wife Martha K. MacDonald; daughters Ellen MacDonald and Amy Wieland; son Andrew MacDonald; daughter-in-law Irene Coray; sons-in-law Mark Wieland and Jerry Sander; his four grandchildren Sebastian and Daniel MacDonald, Luke and Mitchell Wieland and his four step-grandchildren Rachel, Jessie, Nathan and Micah Sander.
Mac was born in Flint, Michigan on August 4, 1927 to Kenneth J. and Lillian McKenzie MacDonald; grew up in Birmingham, Michigan; he served in the U.S. Navy at the end of World War II and graduated from Duke University in 1950.  He was employed for 32 years with General Motors in Detroit, Dallas and in Washington, D.C. where he led the Office of Worldwide and Government Sales, retiring in 1986.  While in Washington, D.C., Mac served as Chairman of the Board of the American Heart Association, participated in Presbyterian charities, was an avid painter and bird watcher.
Upon retiring to Williamsburg, Virginia in 1987, Mac served as the President of the Kingsmill Men’s Golf Association and was a proud Kingsmill Men’s Golf Champion for several years.
To all those who knew him, his intelligent wit, charming warmth, creativity and devoted love will be remembered and missed tremendously.
A memorial service will be held at a later date, at the Williamsburg Landing in Williamsburg, Virginia.
In lieu of flowers, please make charitable contributions in honor of Mac MacDonald’s life to the Williamsburg Landing Benevolence Fund, 5700 Williamsburg Landing Drive, Williamsburg, VA 23185