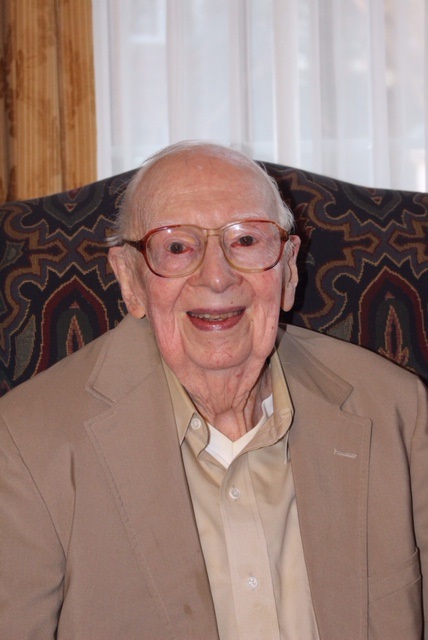 Dr. R. Wayne Kernodle, Professor Emeritus,former Head of Sociology and Anthropology, Heritage Fellow, Recipient of the Thomas Jefferson Award at the College of William and Mary; Honorary Degree of Doctor of Humane Letters, and the Honorary Alumni Award  died on March 24, 2017. A resident of Williamsburg since 1945 and of Williamsburg Landing  for the past 17 years, he was born in Greensboro, North Carolina on February, 17, 1917, as the fourth of five sons to William Edgar Kernodle and Lena Florence McClean Kernodle.He is survived by his wife, colleague and best friend of 72 years Ruth Lynch Kernodle, son Dr. Michael Kernodle of Boone, N.C., his wife Lou Ann; daughter Dr. Kathryn Ruth Kernodle Loveland of Asheville, N.C., his granddaughter Abby Dixon and his great-grandson Rylyn Dixon. At Brevard Junior College he served as President of his freshman and sophomore classes and was a member of the varsity basketball and baseball teams. He transferred to the University of North Carolina at Chapel Hill where he received B.A, M.A. and Ph.D. degrees in Sociology and Anthropology. He came to the College of William and Mary in 1945 as the first person appointed to the Faculty following WWII and in 1950 was appointed Chair.  His research was published in a variety of scholarly journals and national magazines. He was a member of the original Corporate Board of the Williamsburg Landing and was a member of the Middle Plantation Club serving as president. Wayne and his wife Ruth were co-founders of the Williamsburg Tennis Association and the Christopher Wren Life Long Learning Association of William and Mary. According to the Christopher Wren Association, “Wayne’s Legacy includes establishing, with his wife Ruth, a lifelong learning program in Williamsburg that has enriched thousands of lives during its twenty-six years. Two years ago, at the age of 98, he co-authored and edited, with his daughter Dr. Kay Loveland, the book “The Last of the Rugged Individualists”, a compilation of stories about hermits whom he met and befriended over a period of thirty years who lived in the North Carolina mountains. He lived a remarkable life and was known for his kindness, creativity, storytelling, and his firm stance that all people are created equal. Throughout his entire life he was a proponent for equal rights for women and minorities. He was a remarkable father who was kind, loving, generous, and was “always there” when his children needed him. He was an avid fan of Tar Heel Basketball, reading, tennis, telling stories, and an occasional good stiff Martini at night. A Celebration of his life will be held on Thursday, March 30th at 2 P.M. at the Williamsburg Landing Retirement Center at 5700 Williamsburg Landing Road in the Alvin P. Anderson Auditorium. Bring “Wayne” stories. In lieu of flowers, contributions may be made to the R. Wayne Kernodle Endowment Fund in the Department of Sociology at William & Mary or to the Ruth and Wayne Kernodle Endowment Fund of the Christopher Wren Association. Online condolences may be shared at bucktroutfuneralhome.net