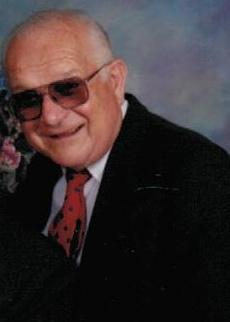 Wallace J. Kmetz and his Lord journeyed together on Tuesday, December 23, 2014. He passed at his home. Wally was born on February 27, 1930 in Garfield, New Jersey. He graduated from Garfield High School and Paterson State Teachers College. He continued his education in the area of Special Needs and went on to teach special needs students in Garfield.

Wally served his country in the U.S. Army and earned several medals while fighting in the Korean War. He also worked and retired from Colonial Williamsburg where he held several management positions over the years. He was a member of both the Williamsburg Exchange Club and King of Glory Lutheran Church.

He was a devoted father to two sons. He is survived by his wife, Doris Kmetz; son Walter and his wife Sarah; son Thomas and his wife JoAnne; grandchildren James and Joseph Kmetz and Bradley Hancock; and great-grandson Blake Hancock.

A private family service will be held in the Memorial Garden of King of Glory Church. Donations may be made in Wallyís memory to King of Glory Lutheran Church, 4897 Longhill Rd., Williamsburg, VA 23188. Online condolences may be shared with the family at www.BucktroutFuneralHome.net.