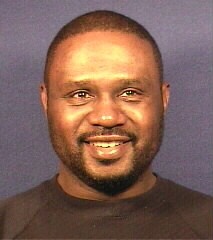 Wallace Denell Chisman, affectionately known as “Darnell” and “Cheese”, passed away on Monday, October 22, 2018 at Sentara Norfolk Heart Hospital surrounded by his loving family. Darnell was born on April 6, 1957 in Newport News, Virginia. He was a lifelong resident of Williamsburg, Virginia. At an early age he accepted Jesus Christ and was baptized at Grafton Baptist Church. He received his high school diploma at Bruton High School and attended Vocational-Technical School where he was certified as a licensed electrician.
Darnell worked as an electrician under his father’s tutelage until his death in 2001. He then established his own company, Chisman/Shelby Electric. Through his business he touched numerous people and companies with his skills. He was also employed with York County Public Schools where he worked as an evening custodian at Bruton High School for over thirty years. He was hardworking and took great responsibility in growing his business. He would often jokingly say, “I gotta go get this money,” because he took pride in providing for his family.
Darnell was devoted to his family and friends and will be deeply missed.
During his spare time, Darnell enjoyed doing odd jobs around his home with his wife, walking, bike riding and watching his grandson Kyler ride his bike. He would affectionately call Kyler his “partner”. His favorite pastime was spent fishing with his buddies. Darnell ensured his family took vacations every year. They travelled to numerous vacation spots such as Florida, Hawaii, New York, Las Vegas, Maryland and many other states and islands.
Darnell was preceded in death by his parents, Pearl Holmes Chisman and Earl Wallace Chisman. He is survived by his loving wife of 32 years Janis Chisman, his son Kevin Chisman (Balinda) of Florida, his daughter Shelby Chisman of Virginia; two grandsons Kyler Chisman and Noah Wood; two sisters, Sophia Chisman Smith (Russell Sr.) of Maryland and Judith Chisman Hill of Florida; Aunts, Barbara Holmes of Texas, Lois Morgan of Colorado, Linda Buie (Arnesta) of Maryland, Velma Holmes of Michigan, Ruth Moss of Pennsylvania, Betty Jones of Virginia; Uncles, Harold Holmes (Carolyn) of Arizona, Calvin Holmes Sr. (Darlene) of Virginia; Great-Aunts, Alice Langford of Newport News, Annie Ellison of Hampton; and a host of in-laws, cousins, nieces, nephews and close friends.