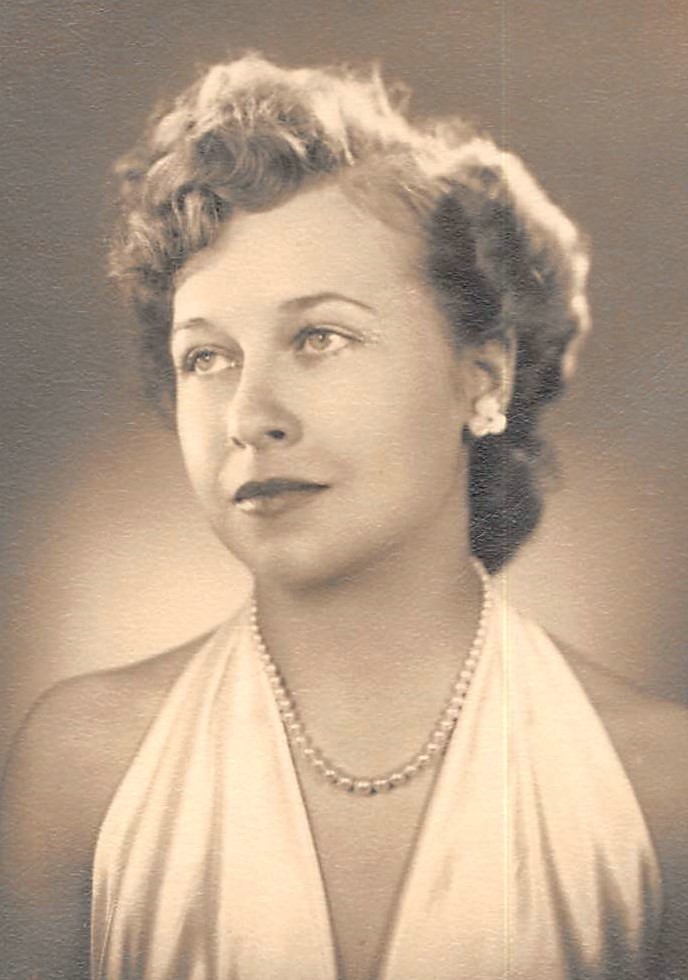 Vivian Ceceilia Thrall passed away peacefully at home on February 21, 2019 just one month shy of her 90th birthday. She was born on March 13, 1929 in the District of Columbia where she grew up. Vivian met William “Bill” Thrall and they were married in 1949. After relocating to Williamsburg, Vivian began raising her family. She worked for Colonial Williamsburg at the old Post Office and Book Bindery on Duke of Gloucester Street for over 13 years. Vivian worked in sales at B. Altman’s as the manager of their furniture department when they relocated to New York for three years. Upon returning back to Williamsburg, Vivian worked at the Shops of Carolina Furniture of Williamsburg in the Lighting Department for over 20 years. She retired to care for her husband who predeceased her in 2017. They were married for 67 years. Vivian loved working out in the yard and decorating her home. She is survived by her daughter, Karen Thrall Holtz and son-in-law, Richard L. “Butch” Holtz; her daughter Jo Thrall Turnelle and son-in-law, Gene Turnelle; her son William B. Thrall Jr. and daughter-in-law, Diane Thrall; five grandchildren, and eight great grandchildren; two sisters Mary Hill Stoner and Sherry Hill.

A graveside service will be held at the Williamsburg Memorial Park on Tuesday, February 26, 2019 at 11:00 am.