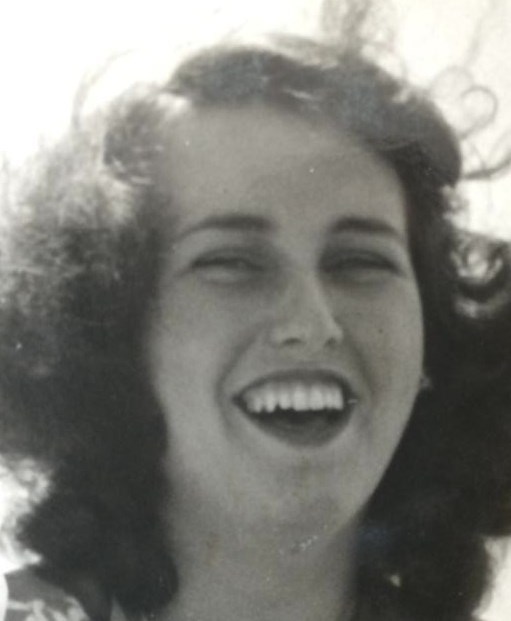 Virginia adored her children, grandchildren and great grandchildren, and was particularly fond of her childrenís spouses, Bethany J. Geldmaker and Gregory E. Kennedyóboth of whom she took to lunch before their weddings to ask, ìAre you sure you want to do this?î She was also delighted that her three grandsons found exceptional and loving partners, Kristen Kennedy, Venus Reyes, and Allison Sullivanóalthough, interestingly, she did not see a need to counsel them in the same way she did her own childrenís spouses.

Virginiaís mother and father had deep roots in Georgia, but upon marriage her parents set out together in an Army life partnership. Virginia Irvine was born on April 22nd in 1924 at Fortress Monroe, Virginia. While Virginiaís fatherís tours of duty took the family to many captivating locations including Panama, Massachusetts, San Francisco, China, Corregidor, Kansas, and Washington D.C., her fondest childhood memories were of their vacations into the magnificent National Parks of the United States. In May of 1937 as a young junior high student in San Francisco she was selected to be among those who christened the just completed Golden Gate Bridge. Virginia (often known by her girlfriends as Ginny) graduated from Gunston Hall in Washington D.C. and retained many of those high school friendships over the years, including Margaret Truman who, a few years later, hosted those friends for parties at the White House.

A graduate of Stephens College in Columbia, Missouri (where, coincidentally, her grandson Alexander works), she eagerly set out on her own, working as a Public Relations Officer for Eastern Airlines in Washington D.C. before moving to Guam at her parentsí request to help with her fatherís new command position. There she met a young Army officer, William O. Quirey. A lovely intimate wedding in the Fort Bliss chapel in El Paso, Texas followed their courtship in Guam.

Virginia began her new career with a deep awareness of what it is to be a supportive and exceptional Army wifeóand fulfilled that role over the entirety of her husbandís career but did it in a way that allowed her to maintain, at least subtly, a degree of independence. She accompanied her husband to several postings in Washington, D.C. where Bill, Jr., was born and to Fort Leavenworth, Kansas where Marguerite was born. They built their family life in a variety of locations from Colorado Springs, Colorado to Fort Banks, Massachusetts, from Munich and Stuttgart, Germany to Izmir, Turkey. While her husband served two tours in Vietnam, she and her children resided in Coronado, California (near her own parentsí home of retirement) where she played a key role in a support group for military spouses whose husbands were also serving in the Vietnam Theater. Her children remember her deep and positive involvement nurturing their interests in music, the arts, and nature. Her grandchildren appreciated her sense of humor and joie de vivre.

After a thirty-year period of military life for her husband, Virginia and Bill retired to Florida, living another 30 years in St. Petersburg and Sarasota. In retirement Virginia was quite active, but her most cherished roles were as an engaged and caring tutor for elementary school students and as an usher for the historic Asolo Repertory Theatre. During summers Virginia and Bill would often drive to the mountains of North Carolina and spend a few months reading and walking together. These were years Granny and Granddad Q. excitedly shared with their beloved grandchildren.

Virginia felt profound appreciation for the caring and thoughtful staff and residents of her final home of 15 years, Patriots Colony Retirement Center of Williamsburg, Virginia. Virginia frequently expressed her eternal thankfulness for the decision that she and her husband made to join the Patriots Colony community of individuals who understood well the lifetime she had led as an Army daughter, wife, and mother.

Her friend and dedicated Comfort Keepers care-person, Mary Beddard, shared important times, and provided a compassionate sense of security and love, as Virginia Irvine Quirey began to close in on her final years.

A Celebration of Life service will take place at 11 am on Thursday, the 3rd of July in the Patriots Colony Grand Hall. At a time to be announced in the future, Virginia will be buried with her husband at Arlington National Cemetery

In lieu of flowers, a donation in memory of Virginia Quirey may be made to one of her treasured interests:

(Donations may also be made online at: http://arts4community.umw.edu/arts-for-the-community/become-a-friend/) or

(Donations may also be made online at: http://ww1.stephens.edu/giving/)