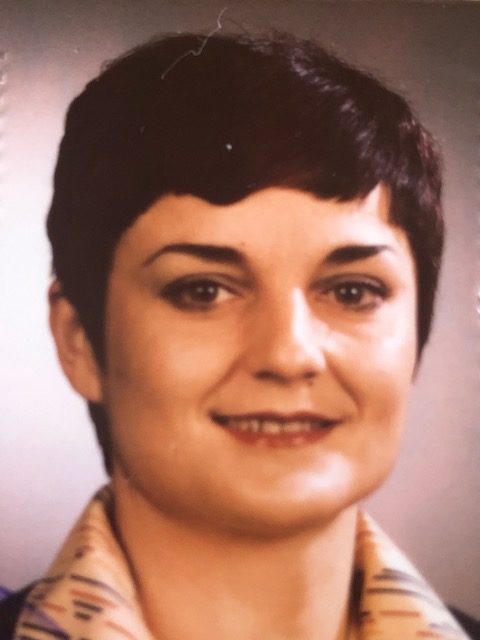 Ursula Frey left this world for a better place on Nov. 24, 2022. Ursula was born in 1944 in Zwittau, Czech Republic to Josef and Maria Steiner. Ursula moved to Germany as a child in the late 1940’s where she and her parents settled outside of Stuttgart, Germany in a small town named Marbach am Neckar. There she met her husband, Helmut Frey, in her teens and they married in the mid-1960s and lived together until she passed away this Thanksgiving.

Ursula worked for Deutsche Post until she had her son Oliver. Shortly thereafter, Ursula and her family moved to the US, when her husband was transferred for a 3-year work assignment.  Three years became a lifetime, and Ursula raised her son in the US, with many trips back to Germany to visit friends and family.

Before her health declined, she enjoyed biking, gardening, decorating, sailing, cooking, and travelling. Her homes were decorated with a European flair with touches of modern. She was a gracious host to whomever visited her. She enjoyed carting her son and his many friends in her car on many fun adventures throughout his teenage years. She also enjoyed traveling and visited places like Lund Sweden, London England, San Diego California, Ponce Puerto Rico, Rosarito Beach Mexico, Latina Italy and other places such as the Caribbean. Often, she would accompany her husband, Helmut an engineer, on his many business trips throughout the world.

Later in life, she enjoyed spending time with her grandchildren Taylor and Collin, always making their birthdays and the holidays a special time. She would take her grandkids to their favorite little beach in Jamestown to spend the warm summer days there. She also developed a strong bond to her daughter-in-law, Tracy Frey, and taught her how to prepare many special German dishes – even drafting a family cookbook. Along with her grandchildren, Ursula also had a caring heart for children in need and animals, especially her cats Buster, Zoe, and Rumble.

Ursula is survived by her husband of over 50 years, Helmut of Williamsburg, VA, her son Oliver, and his wife Tracy of Williamsburg, VA. Her grandchildren Collin and Taylor. Her cousins Horst and Siegfried Hridne and their families of Altenstadt Germany, her sister-in-law Anita Frey and her daughters Carmen and Daniella of Affalterbach, Germany.

At this time, the Frey family asks for privacy and will reach out to friends and family later for a celebration of life. In lieu of flowers, well-wishers may contribute either to the American Cancer Society or the Christian Appalachian Project.