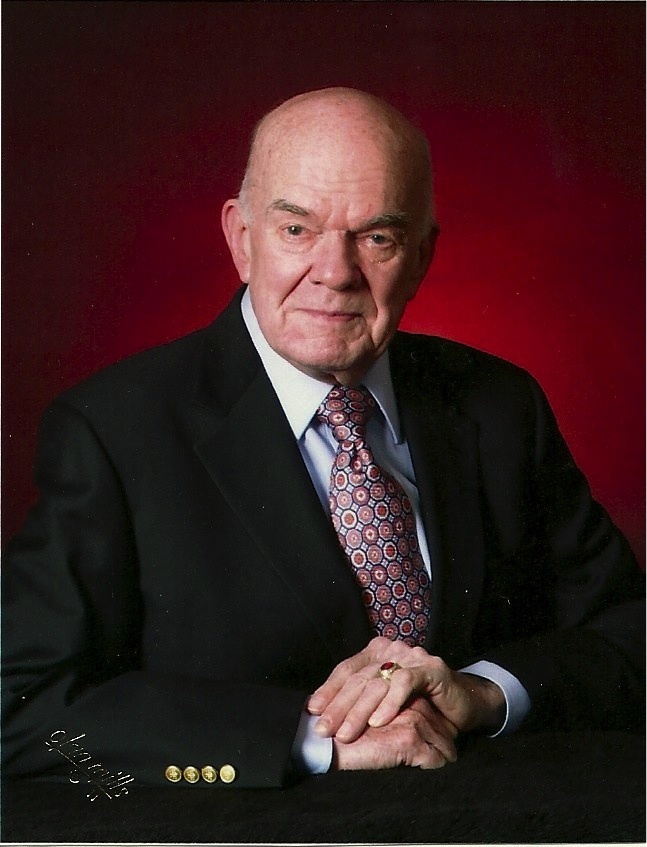 Tom was born Feb 28, 1931 in Cookeville, Tennessee to Henry Eugene and Beatrice Maynard Mayberry. Growing up, Tom was very active in all aspects of school, was a popular and diplomatic youth, serving as captain of the Central High School football team his senior year. He also served as President of his freshman and junior classes, on the Student Council, and in numerous other activities, to include Annual staff, ìCî Club, ìHi-Y,î Latin Club, and Science Club. His classmates voted him the ìMost Handsomeî and ìMr. Centralî his senior year. After graduating from high school in 1949, Tom attended Sullivanís Preparatory School in Washington, DC before entering the United States Military Academy at West Point, New York in 1950.

After graduating from West Point in 1954, Tom was commissioned as an infantry second lieutenant. Shortly after arriving at his first duty station at Ft. Benning, Georgia, he met the love of his life, Sue Anne Eskridge, from La Grange, Georgia. They were married April 2, 1955 in the First Baptist Church in La Grange.

Early in his career, Tom served in various infantry, intelligence and advisory assignments. He served in the Panama Canal Zone, as Chief of the Regional Office of the commandís Counterintelligence Detachment, thus ensuring the security of the Panama Canal during the peak of the Cold War. From 1961 ñ 1963, he served as a company commander in the 506th Infantry Regiment (Airborne) and as operations officer in the 101st Airborne Division. Fully recovering from a broken back on his very last airborne jump at Ft. Campbell. Tom served as Intelligence Advisor to the G2 for the Armed Forces of El Salvador from 1963 – 1966. During this assignment he managed to perfect his fluency in the Spanish language. In another assignment to the US Army Office of Personnel Operations, he received accolades for his efforts in increasing officer strength during the Vietnam build-up period. Tom attended the US Army Command and General Staff College at Ft. Leavenworth, Kansas in 1967 ñ 1968. A Viet Nam veteran, Tom was a battalion commander in the 525 Military Intelligence group, based in Can Tho, Republic of Vietnam from 1968 to 1969. During his war tour, Tom received the Legion of Merit for his exemplary effort against the North Vietnamese Army and the Viet Cong in the 16 provinces of the Mekong Delta. Under Tomís leadership, intelligence reporting increased by 300 percent and improved US and the RVNís ability to quickly target and destroy the enemy.

Tom and his family next moved to Stuttgart, Germany in 1969, where he served as Chief of the US European Command J2ís Counterintelligence (CI) Section. He established the commandís first Joint CI policy for the theater, and a critical CI Estimate for all North Atlantic Treaty Organization forces. Tom received the Legion of Merit (first oak leaf cluster) for his service at USEUCOM Headquarters. After Germany, Tom served as the Chief of the Threat Analysis Branch in the US Army Training and Doctrine Commandís Intelligence Division at Ft. Monroe, Virginia. He coordinated threat operations for Standard Scenarios and studies conducted by 22 Army service schools and other study agencies.

Tom was awarded the Legion of Merit (second oak leaf cluster) on his retirement from the US Army in 1976 as a lieutenant colonel. He retired much earlier than he had planned due to legal blindness, caused by a rare eye disease.

Tom and Sue moved from their home in Hampton to Williamsburg where he encouraged Sue to start a career in travel. Sue opened Sue Mayberry Travel, Inc. and quickly gained a reputation for excellent customer service, and, while serving all travel needs, found a particular niche for putting together custom travel itineraries for personal clients, along with a robust commercial and business travel following. Tom was often seen riding his bicycle in the area delivering tickets to clients.

Tom was a very devoted husband and loving father. He enjoyed freshwater and saltwater fishing, skiing, his Vietnam-era reel-to-reel stereo system, yard work, grilling out, woodworking, and hours delving into the earliest home personal computers. In fact, while stationed in Panama, he enjoyed deep sea fishing and managed to catch a number of champion sailfish during his three-year tour. Tom touched the lives of so many people, making true friends naturally and was well known by most of his neighbors on Mile Course in Kingsmill.

Tom was a member of Bruton Parish Episcopal Church. A memorial service will be held in the Alvin Anderson Auditorium at Williamsburg Landing on Friday, December 20, 2:00 pm. Reception to follow. Interment will be conducted at Arlington National Cemetery at a later date.

The family wishes to thank wholeheartedly the staff at Williamsburg Landing, especially those in the Special and Skilled Care units. The staffís love and attention towards Tom brought him a quality of comfort and care that is immeasurable and their love and concern for the family was, and remains boundless.

In lieu of flowers, donations may be made to Bruton Parish Episcopal Church or Williamsburg Landing.