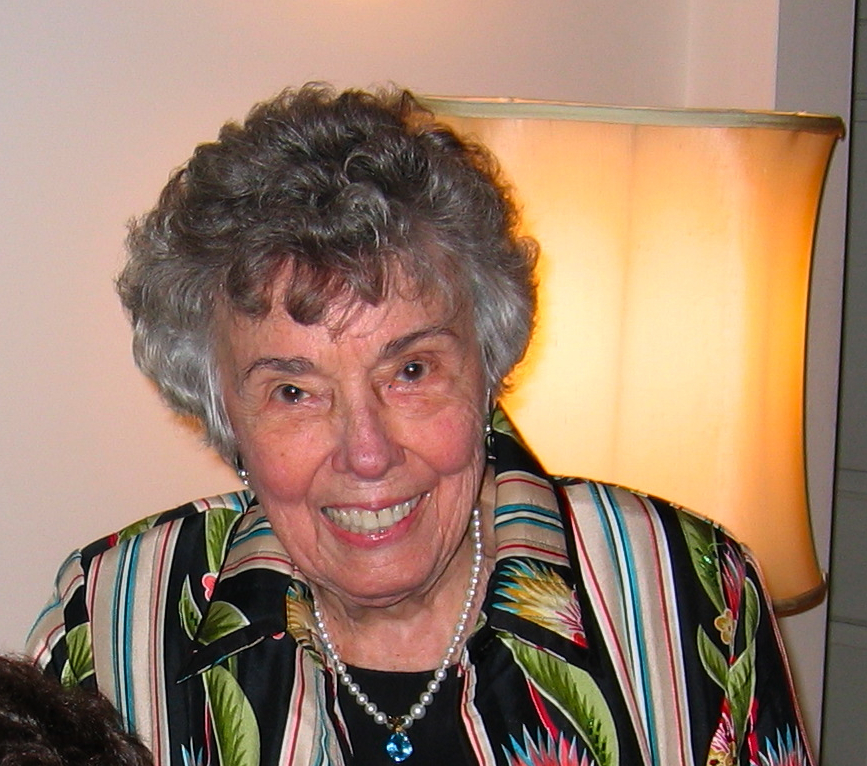 Sue Avery Aldridge Romans, 94, died peacefully on June 5, 2012. Warren Romans, her husband of 69 years, was holding her hand. Born on May 2, 1918 in McKenny, Virginia, Sue lived her youth in Petersburg, Virginia where she graduated from Petersburg Hospital as a registered nurse in 1940. Shortly after, Sue received a commission of 2nd Lieutenant in the US Army Nurse Corps. In January 1942, Sue deployed to Hawaii, where she met young Army 1st Lieutenant Warren Romans from Lincoln, Nebraska. They were married on the Big Island of Hawaii on June 1, 1943.

Certain things ìcome with the territoryî as a military wife. Sue quickly developed the skills needed by the Chief of Staff of a military family: inoculation scheduling, troop movement, supply line management, protocol, entertainment, and coordinating dress of the day. She learned bridge, a life-long hobby, and she could totally unpack, decorate, and host a party within a week of arrival at new quarters. Everywhere she lived, she learned new cuisines and made new friends whom she kept close through frequent cards and letters.

In 1962, Sue and Warren moved to Williamsburg, Virginia. Warren was stationed in Thule, Greenland during their first year in Williamsburg, so Sue made friends on her own. The wonderful people she charmed in that first year have remained Sue and Warrenís close friends ever since. Besides being a great cook and wonderful hostess, Sue tirelessly volunteered in the community. She raised money for Williamsburg Regional Hospital (now Sentara), served on the Election Board, Community Services Board, and Community Center Board. A life-long supporter of the Red Cross, she organized its Williamsburg blood drives for many years. A member of Garden Club of Virginia, she worked her way up from ticket sales to Chair of Garden Week. Sue and Warren are best known as the first couple on the dance floor and last couple offóthe German will never be the same.

A memorial celebrating Sueís life will be held on June 22 in the auditorium at The Williamsburg Landing Building: reception and refreshments from 3:00 to 4:00; service from 4:00 to 5:00, and refreshments after the service until 6:00.

Gifts in Sueís memory may be made to

the Certified Nursing Assistant Education Fund at The Williamsburg Landing.