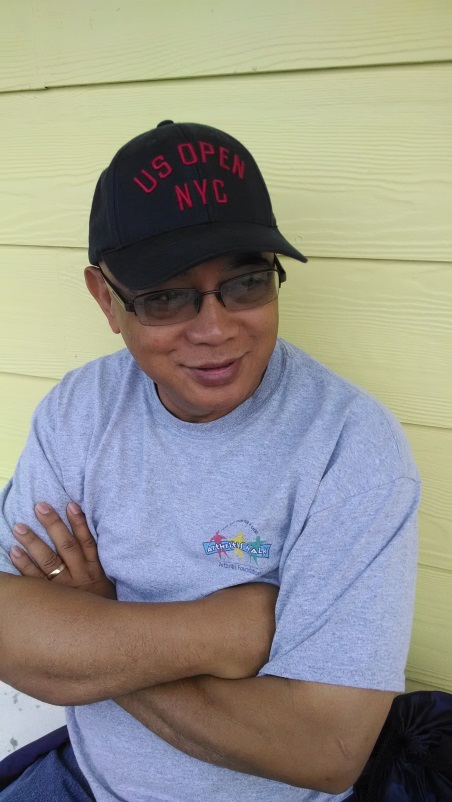 Senior Master Sargent Roberto Pilola, 69, of Williamsburg, VA, passed away peacefully at Riverside Regional Medical Center on December 22, 2015. Robert was born of immigrant parents, Felicisimo and Luz Soriano Pilola, from the Philippines who arrived in Ft Hamilton, NY in 1951. His father, who served as a Filipino Scout and later in the U.S. Army infantry, helped American forces in WWII and transferred to Ft. Hamilton shortly after the war. As a typical military dependent, Robert and the rest of the family called many places home, but his most cherished memories are of his boyhood growing up in rural New Jersey. The nomadic military lifestyle appealed to him so after graduating with a Bachelors of Arts Degree from Northwestern State University in Natchitoches, LA and brief stints as a commercial artist and karate instructor; he decided to follow in his father’s footsteps making the military a career. He served 4 years in the U.S. Army, but made a career as an airman serving 22 years in the U.S. Airforce. After retiring from the U.S. Air Force at Langley, VA in 1999, he settled in Williamsburg, VA returning to college and graduating Summa Cum Laude with an Associate Degree from ECPI (Electronics, Communications, Programming and Information Systems) in Hampton, VA. After graduating, he started a new career as a computer technician and database manager at a family-oriented non-profit agency at Hampton Healthy Start in Hampton, VA. He retired from Healthy Start in October 2013, but continued to volunteer his time whenever they called.

Robert is preceded in death by his mother, father, his brother Michael, his niece Virginia Marie, and his father-in-law and mother-in-law, Dr. Maximo and Aurora Pabalan. Besides being a husband, father, and grandfather, brother, and uncle, he was a true renaissance man with many talents. He was man of few words, but found a way to show his compassion, passion, deepest thoughts and feelings as an artist, painter, poet, singer, and novelist. He was the 2nd of 9 siblings who was survived by his lovely wife, Cecilia “Chet” Pabalan Pilola, daughter Mary Alison Pilola Evans, son-in-law Myron Evans, and twin grandchildren, Aydon and Aurora Evans. He is also survived by his siblings: Leticia Sanders, Virgil Pilola, Liza Gorin, Phillip Pilola, Alice Funk, Father Joey Pilola, Patrick Pilola, their spouses and numerous nephews and nieces. His legacy will live on through his works and accomplishments and in all of us who love him.

We would like to thank all those who have supported us through this difficult time with the many signs of your love and prayers.