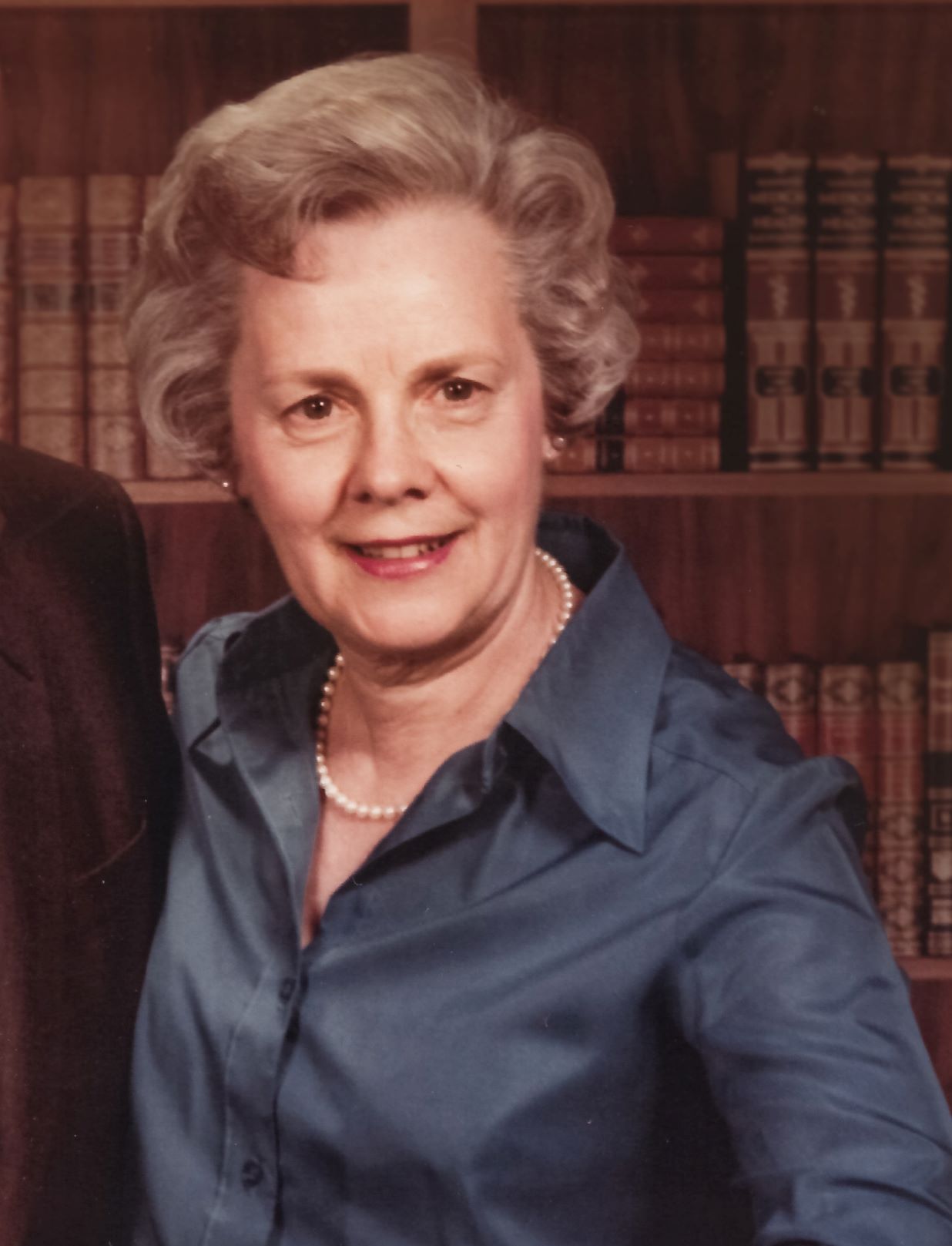 Shirley Rumer, age 95, passed peacefully while in hospice care at Williamsburg Landing to eternal life in the presence of her Lord Jesus Christ on September 7, 2019.  She was born in St. Louis, Missouri to Norman Webber and Ethel Julow Pemberton.  In 1944 Shirley married Robert Richard Rumer after her junior year at Washington University.  As Bob was enlisted in the Navy, the young couple’s war-time years were spent first in the then-secret city of Oak Ridge, TN, where Bob worked on the Manhattan Project, and later in Yorktown VA where Bob was assigned to the Naval Weapons Station.  At the war’s end, Bob’s work in private industry as a chemical engineer and executive took the family to Columbia (TN),  Soda Springs(ID), St. Louis (MO) and Pittsburgh (PA).  Shirley’s full-time job in all of these places was as wife and mother to four rambunctious, curious children.  In later years in Pittsburgh, Shirley completed her BA at the University of Pittsburgh, finishing a lengthy work in applied child development.  After Bob’s retirement Shirley and Bob returned to Virginia.  They lived in Kingsmill for over two decades and were active members of Williamsburg Presbyterian Church.

Shirley was a member of Pi Beta Phi sorority, and was active in many charitable organizations including the Girl Scouts, the Red Cross, FISH, Inc., and Sentara Hospital auxiliary.  Through Des Peres Presbyterian Church’s Block Partnership program in St. Louis, Shirley and others assisted the residents of Cochran Gardens public housing project to secure the first tenant management of their building in the nation.  Shirley served many years as a Deacon and Elder in the Presbyterian Church and sang alto with the church choir in every place she lived.  She and Bob were great patrons of music, art and theater.  Shirley served as a board member of Capriole early music ensemble in Williamsburg. A passion for history and travel led Shirley and Bob around the world to visit over 73 countries.  A dedicated reader, Shirley was active in the Earl’s Court book club and Disciples Bible study group well into her later years. Her interests were many but first and foremost was her love for her children, family and friends.  Shirley was the great “connector”. Throughout her life she stayed in touch with her beloved ones with memorable hand written letters and phone calls full of love and concern.

In the communion of saints, Shirley rejoins her husband Bob, and parents, Gram & Daddy Pete. Here remain: her sister, Meredith Sauer; her children Susan Billin (Geoffrey), Barbara Ann Rumer, Richard (Barbara Beinstein), and Roger (Betsy Linder); grandchildren David, Margaret, Benjamin, Elissa, Nathan, Christina, and Anna, and three (soon to be 4) great-grandchildren.  Shirley’s family thanks her many aides at Williamsburg Landing and the staff of Intrepid Hospice for their compassionate care.