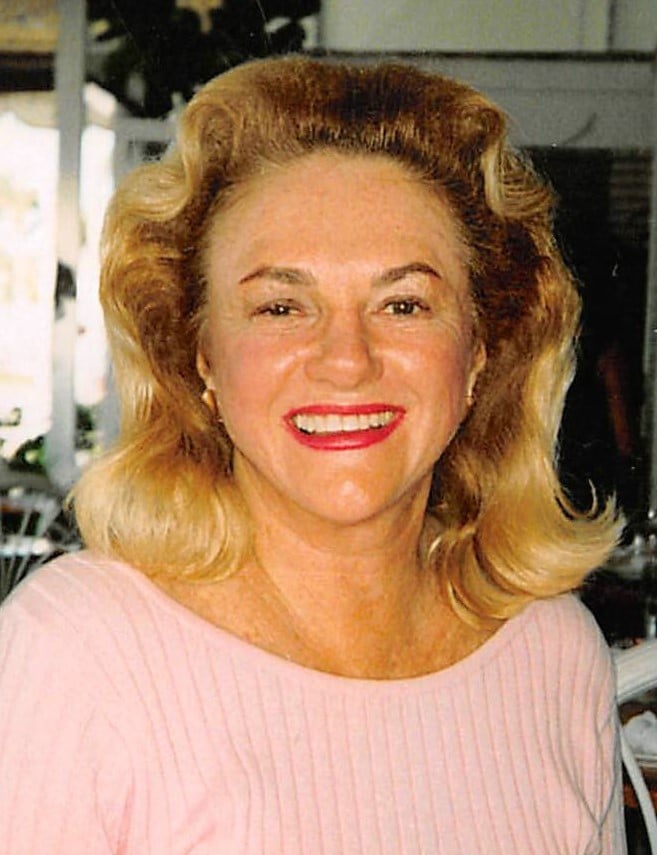 Sherrill Lyon Foster passed away on August 5th at the age of 92. She was born in Stamford, CT and graduated high school from Sacred Heart Academy in 1943. She attended Bucknell University and later accompanied her first husband, Arthur R. Ivey, to Boston as he completed his law degree at Harvard.

Sherrill settled in Greenwich in 1949, where she lived for over five decades and raised her family. She was an active participant in the local community and staple of Sunday services at Christ Church. Sherrill also maintained a rich social life as member of the Indian Harbor Yacht Club and Belle Haven Club.

In the winter, Sherrill was a snowbird who flew south to Palm Beach, FL for over 40 years. She enjoyed innumerable friendships and many social events as a member of the Bath and Tennis Club, Everglades Club, and the Beach Club. For many years, She was also active in her church and served as one of the first female Ushers at Bethesda by the Sea.

Sherrill was tall and athletic. She played on her high school basketball team and enjoyed playing tennis, swimming, and horseback riding for much of her life. In addition to sports, she was a talented sculptor and painter, and studied portraiture at The Arts Sudents League in New York. Her art was exhibited at the Palm Beach Society of Four Arts on several occasions where she was a member as well as a member of D.A.R.

Above all else, she was the pillar of her family as a loving and devoted mother to three sons; Scott E. Ivey and Dean W. Ivey by her first husband, Arthur R. Ivey and John R. Lyon II by her second husband, John R. Lyon, and grandmother to seven grandchildren and four great grandchildren.

In 2004, she married Garry M. Foster of Williamsburg, Virginia and relocated there to live with him for the remainder of her life.

Sherrill was a kind, loving, and vivacious person. Her outgoing and effervescent personality always made her standout in a crowd. She was a beautiful soul inside and out; and while she will be missed dearly, her family takes comfort in the many years of love and memories they shared together.

She is preceded in death by former spouses Arthur R. Ivey and John R. Lyon and her eldest son Scott E. Ivey.

She is survived by her sons Dean W. Ivey and John R. Lyon II and her grandchildren, who live in Connecticut, Manhattan, and the New England area.

The funeral will be private in Williamsburg, Virginia. Additionally, there will be a memorial for friends in Greenwich, CT at a later date.