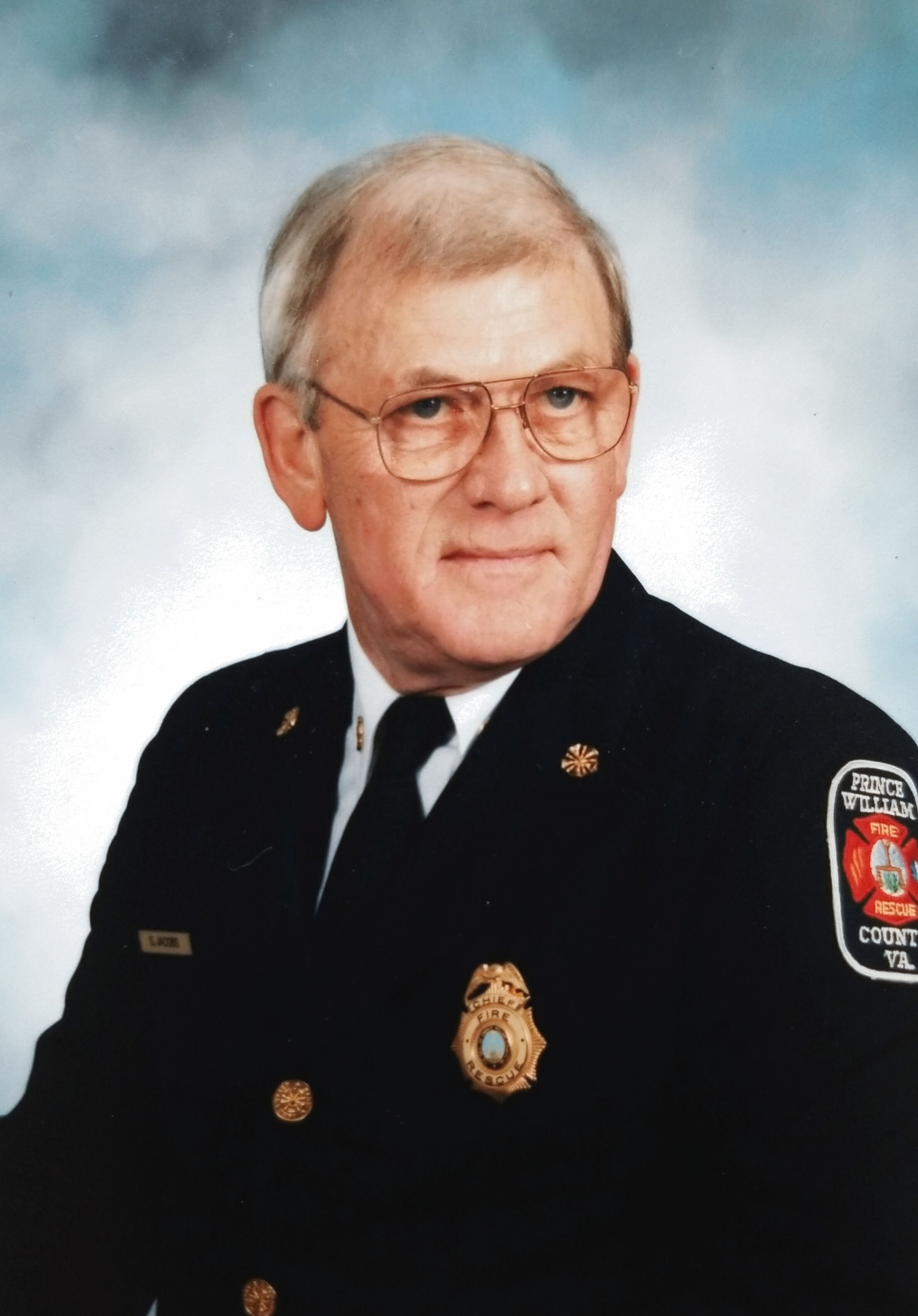 Chief Emeritus Selby Clayton Jacobs, 85, passed away very peacefully in hospice care with loving family at his home in Basye, VA on 2 December 2019.

Selby is preceded in death by his wife Carol, his parents Frank S., Sr. and Bernice T. Jacobs; and his brothers Frank S. Jacobs, Jr. and Bernard Jacobs.

Selby was born in Williamsburg, VA on 25 October 1934. He graduated from The Matthew Whaley School, Williamsburg, VA with post-graduate study at James Blair High School and continued his studies at Virginia Polytechnic Institute, Blacksburg, VA, The College of William & Mary and additional professional education and technical development related to the Fire service and Civil Defense.

Selby also served as an instructor on a myriad of topics across the Fire and Emergency service, most notably with the Federal Emergency Management Agency and as adjunct faculty at the National Emergency Training Center, National Fire Academy.

Selby was married to the former Carol Lucille Levorsen of Norge, VA for 54 years, having met in their youth growing up near Williamsburg, Va. They married on June 25, 1955, at Our Savior’s Lutheran Church, Norge, Va.

Selby distinguished himself through a 41-year career of service to others – progressing from firefighter in Williamsburg through his retirement as Chief, Prince William County Fire and Rescue – and beyond for a short time as the interim Chief for Fauquier County. Selby held many positions at the local, national, and international level with-in the Fire and Emergency Medical Service, such as President of the Virginia Fire Chiefs Association and President of the Virginia Emergency Management Association.

Selby served his region as the Chairman, Disaster & Emergency Preparedness Technical Committee for the Metropolitan Washington Council of Governments, and his community as Chairman, Board of Directors of the local chapter of the American Red Cross.  He was an American Red Cross Disaster Services Human Resource member, working several national and international disaster events.

Selby was also active throughout his life in the Boy Scouts of America, culminating in his being awarded the Silver Beaver for his distinguished service to youth.

Selby served his country in the U.S. Army Reserve and Virginia National Guard, receiving an Honorable Discharge having attained the rank of Sergeant First Class.

The Jacobs family wishes to express a special thank you to the Blue Ridge Hospice care team, and members of the Orkney Springs, Shenandoah County and Conicville Fire and Rescue stations Volunteer Fire Department.

In lieu of flowers memorial donations may be given to your local Fire and Rescue departments in memory of Selby C. Jacobs.

A visitation will take place on Friday, December 6, 2019 at Bucktrout Funeral Home in Williamsburg, VA between the hours of 5pm and 7pm. A funeral service will be held at Our Saviour’s Evangelical Lutheran Church in Norge, VA on Saturday, December 7, 2019 at 1pm with interment to follow at the church cemetery.