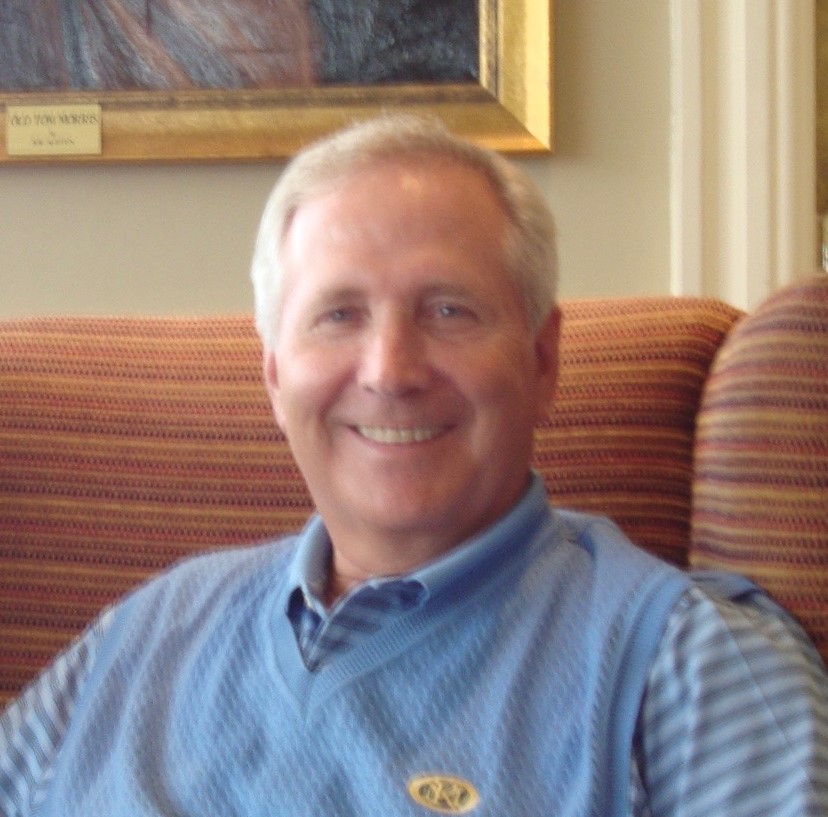 Sandy (Millard Robinson) 71, passed Tuesday February 12th 2019 after a year long battle with mesothelioma. Born in Upper Darby, Pennsylvania, Sandy graduated from Springfield High School, where he was a star athlete in football, baseball, and swimming. He went on to become a civil engineer, graduating from Lehigh University where he earned his B.S., and M.S. degrees. He was also a 50 year member of Beta Theta Pi, where he formed life long relationships with his fraternity brothers.

After college, he started his professional career with Gilbert and Associates in Reading, Pennsylvania, and after four years, was transferred to Chesapeake, VA. Five years later, he was recruited by Malcom Pirnie, managing projects in their Newport News office, eventually becoming manager of offices in the Southeast, and becoming a board director of the firm.  After 33 years, he retired as Vice President from Malcolm Pirnie, which had then become the Water Division of ARCADIS.

During his 42 year career, he specialized in the planning, analysis, design, and construction of municipal drinking water, wastewater facilities and buried infrastructure. As principal engineer in-charge, he directed or was part of many award-winning projects in the Hampton Roads Virginia area as well as the Carolinas, Florida and New York.

Sandy was a trusted advisor to numerous municipal clients and was very active in professional organizations throughout his career, not only was he a board certified Diplomate, but also served as the director of the American Water Works Association (AWWA). In recognition of his distinguished service to the water industry, Sandy was awarded the prestigious George Warren Fuller Award by AWWA.

Sandy’s loves were many, but football, (a faithful Eagles fan), golf, and playing cards were on his favorites list. He found joy in being with friends and family, Motown music (in particular You’re My Everything), dancing, setting up games and hosting parties.  He relished in throwing surprise birthday parties for his wife, each decade, (and she never caught on!) He adored his family, both on his side, and his wife’s and his generosity to all was well known. His presence throughout Williamsburg was well known as he served as President of the Williamsburg German Club, was a board member for Towne Bank, and was instrumental in team play for the KGLA. But he is most known for the love he and his wife Minouche shared for 47 years, and the pride he had for their son Brad, and his two beautiful grandsons.

Sandy is survived by his best friend, soul mate and wife of 47 years Minouche (Mireille) Robinson, their son Brad Robinson of Los Angeles, CA, grandsons Easton and Jagger Robinson, his beloved older sister, Joanne Kennedy of Media, PA, 5 nephews, 1 niece, and numerous great nephews and nieces. He is preceded in death by his parents Millard (Coach Robby) and Louise Robinson.

Sandy Robinson touched so many lives directly with his smile, kind demeanor, and genuine caring nature. In his professional career he became a mentor to many.  After seeking his guidance you knew you mattered, always encouraging. He will be greatly missed by all he touched.

A celebration of Sandy’s life will be held at Wareham’s Pond Rec Center, Kings Mill on the James, on March 16th at 3:00pm. In lieu of flowers please make donations to Pacific Mesothelioma Center. 10780 Santa Monica Blvd. Los Angeles, CA, 90025 or www.phlbi.org

A room block has been made at the Courtyard Marriott under “Sandy Robinson Memorial”. If desiring to stay at Kingsmill Resort, please let Minouche know and she will book the room directly for you to secure a discounted rate. Larger groups may want to look into a VRBO. We recommend Powhatan Plantation.