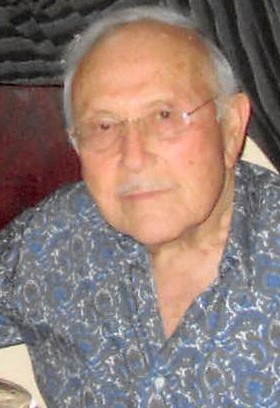 Samuel Herman Treger, 83, passed away Thursday, 8/8/19. Born in Richmond, Virginia on 5/1/36 to David and Fannie Treger, he was preceded in death by his brother Carl and sister Ann. Beloved husband for 60 years to Rose Ann, their family was a source of great pride and joy for him, as a devoted father to Daryl (Elizabeth) and Caron (Brian), and a loving grandad to Jordan, Marleigh, Emily, Zachary and Joelle, as well as to Melissa and Jessica.

Early in their marriage, Sam served in the Air Force, and counted it a privilege to have met several of the astronauts during the first years of the Apollo program. As a CPA, he spent the lion’s share of his career in finance with IBM in New York, stepping down just shy of 25 years. He was so well respected there, he was later rehired as a consultant, and traveled internationally in that role. After retirement, he and Rose Ann returned to Virginia, making their home in Kingsmill, where he pursued his love of golf. He played regularly, and also enjoyed volunteering to help staff tournaments there.

Sam was a lifelong learner, participating in classes at Christopher Wren. He enjoyed theater, a good poker game, and the Mets. His sense of humor and his love of people were hallmarks of his personality. A devoted man of faith, he was a member of Beth El Temple in Williamsburg, and worked to promote and support Jewish causes. All who have known and loved Sam will sense his absence, and cherish his memory, forever.

Shiva will be at their home Monday and Tuesday evening.

In lieu of flowers, the family suggests memorial gifts be made in Sam’s memory to Beth El Temple or the charity of your choice.