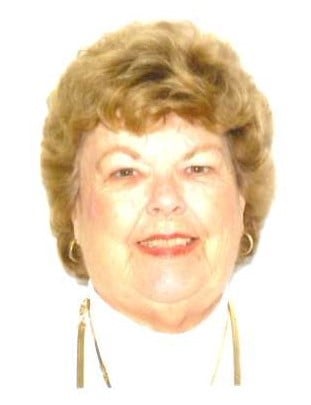 Ruth (Lorraine) Chiminiello passed away peacefully after a courageous six year battle with cancer on February 2. She was 82 years old.

At age 23 she met John when he was a teller at a bank in Boston. There he regularly cashed her bank check and then proceeded to happily give her money for the rest of her life. The two married in 1963 and then as a couple embarked on an Army career. Through 15 moves, Lorraine always took military or civilian houses and turned them into comfortable, warm, and loving homes. No easy task in the jungle of Thailand where she homeschooled all 4 school aged children. Wherever the Army sent her family, she always provided support and love; doing whatever she had to do to “make it work”. She always took an interest in her children’s hobbies, even to the point of learning all about horses, which was well outside her comfort zone. She lived vicariously through her children and she would proudly boast that all six of her children graduated from college and went on to be successful adults.

She was an avid reader and enjoyed all forms of trivia. There wasn’t a Jeopardy question she could not answer or a history fact that she did not know. She was never known to turn down a bridge game with her friends or her 5 o’clock Manhattan. Upon retirement in 1995, Lorraine and John moved to the Kiln Creek Community. Over the 12 years they spent there Lorraine volunteered to serve on the Social Recreation Committee and eventually served as the Chairman of that Committee. Later she would volunteer for the Kiln Creek Board of Directors and served as Board Member for 10 years, including serving as the Board President. Lorraine loved writing and enjoyed editing and served as the Editor of the community newsletter, “The Courier”. In 2007 Lorraine and John moved to Colonial Heritage where Lorraine continued her many social activities and became the Managing Editor of “The Chronicle”. In her later years Lorraine fought cancer and was a hero to her neighbors, friends and family for the strength and hope she was able to keep through it all.

The family wishes to extend its gratitude to Dr. John Miller, Riverside Peninsula Cancer Institute and his outstanding staff for the care and love they extended to Lorraine and John throughout her illness.

A graveside service will be held at Arlington National Cemetery at a later date. In lieu of flowers, donations in her name may be made to Hospice House and Support Care of Williamsburg.