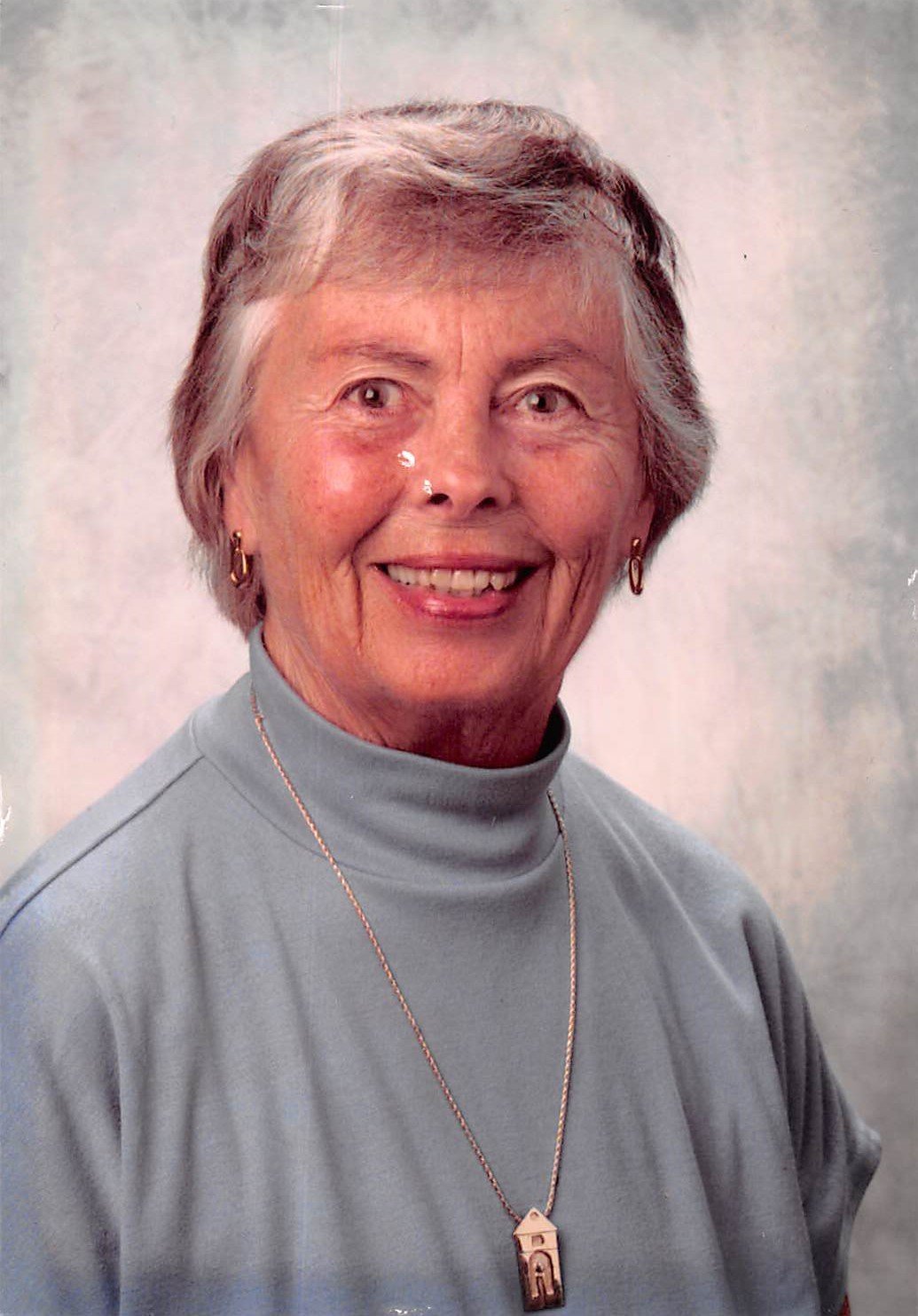 Ruth Lynch Kernodle was born in 1922 in Washington, D.C. where her father was a Methodist minister. She grew up in the Shenandoah Valley of Virginia, graduating from high school in New Market. She graduated from Madison College and while a student there was a member of the student council, president of the YWCA, member of the college orchestra and organized and played in a dance band. At the age of 19 she entered graduate school at the University of North Carolina from which she received a Masters degree in sociology in 1944 and then spent several more years doing graduate work. In 1945 she married a fellow graduate student, Wayne Kernodle and in September of 1945 they came to Williamsburg where he joined the faculty of the College of William and Mary. Mrs. Kernodle taught as an adjunct at William and Mary and was a research associate for the Hampton Roads War Studies Committee.
Later she worked in the social service department of Eastern State Hospital and when Christopher Newport became a four-year Institution, she was asked to develop a sociology department. She taught at CNC for 18 years and was chair of the department most of that time. She also developed a program in gerontology. She co-founded the Community Forum on Aging which still exists and was a member of a number of the college’s governing committees. She was a member of the American Sociology Society, the Southern Sociological Society, the American Gerontology Society and the Southern Gerontology Society and was also a member of the Virginia Association on Aging, serving as vice president. In 1983 she was named the outstanding educator of the association.
She was active in a number of local and state organization: member and chair of the Colonial Services Board, member and chair ofthe Williamsburg Social Service Board, member of the governor’s Advisory Committee on Aging. She served on several state mental health committees and on several legislative task forces. She was also a member of the corporate board of Williamsburg Landing and later, as a resident, served on the Residents Board. In 2008 she and her husband were made honorary alumni of the College of William and Mary.
After retirement she and her husband co-founded the Christopher Wren Association for Lifelong Learning at the College of William and Mary and she served as executive director in the early years of the association, also teaching from time to time.
She is preceded in passing by her husband of 72 years, Dr. Wayne Kernodle.
She is survived by a son, Dr. Michael Kernodle and his wife Lou Ann of Boone, N.C. and by a daughter, Dr. Kay Loveland of Asheville, N.C. and a granddaughter, Abby Dixon.
Remembrances can be sent to the College of William and Mary for the Christopher Wren Association or to the Williamsburg Landing Benevolence Fund.