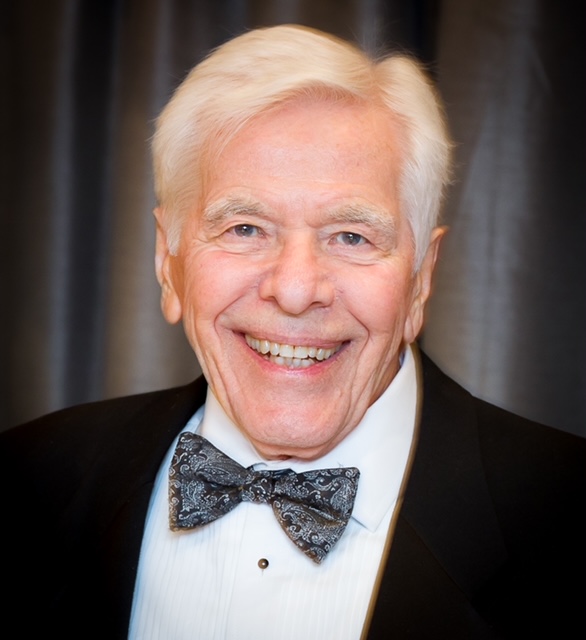 Roy Edward Hock, a successful business man, community leader, and devoted father, passed away at his home in Williamsburg, VA. He was 91.

Born in 1929 in Detroit, Michigan he was trained in the skills of common sense and hard work by his entrepreneurial father and pragmatic mother, and expected to be a contributing member of both his family and the community. His keen intellect was observed by a high school counselor and he ultimately received a scholarship to attend Wayne (State) University where he received his B.S. in Electrical Engineering. He was invited to join Tau Beta Pi, a national engineering honor society and the Wayne University engineering honor society, later did graduate level work at the Moore School of Engineering at the University of Pennsylvania, and inducted into the Wayne State University Hall of Fame in 1983.

Following his graduation from Wayne, he was offered the opportunity to be a research engineer at the University of Michigan Ann Arbor, where he joined a group studying the nascent field of computers. This experience gave him entrée to the U.S. Army’s Scientific and Professional Program and then to Technitrol, Inc., a Philadelphia-based engineering and manufacturing firm of electronic systems and components. Roy spent forty-three years at Technitrol, and ultimately served as President, Chief Executive Officer, and Chairman of the Board of Directors.

Among many roles in his community, Roy served as a director/trustee for the Greater Philadelphia Chamber of Commerce, Germantown Interfaith Housing, the World Affairs Council of Philadelphia, Cliveden of the National Trust for Historic Preservation, Germantown YMCA, Northwest Interfaith Movement, Whosoever Gospel Mission, Boys Scouts of America, Philadelphia Council, and the Metropolitan Career Center. He was also a trustee and elder of The First Presbyterian Church in Germantown.

Following his retirement from Technitrol, he moved to Williamsburg, VA where he continued his entrepreneurial and civic-minded pursuits, serving on the Board of Trustees, PreservationVirginia and endowing the William M. Kelso Graduate Fellowship in Early American Studies at the College of William and Mary. He was a Life Member of the Raleigh Tavern Society and the Colonial Williamsburg Foundation.

A memorial service will be scheduled for Roy in 2021. Donations in his memory may be made to the Whosoever Gospel Mission, 101 E. Chelten Ave., Philadelphia PA or Jamestown Rediscovery Foundation, 1368 Colonial Parkway, Jamestown VA 23081.