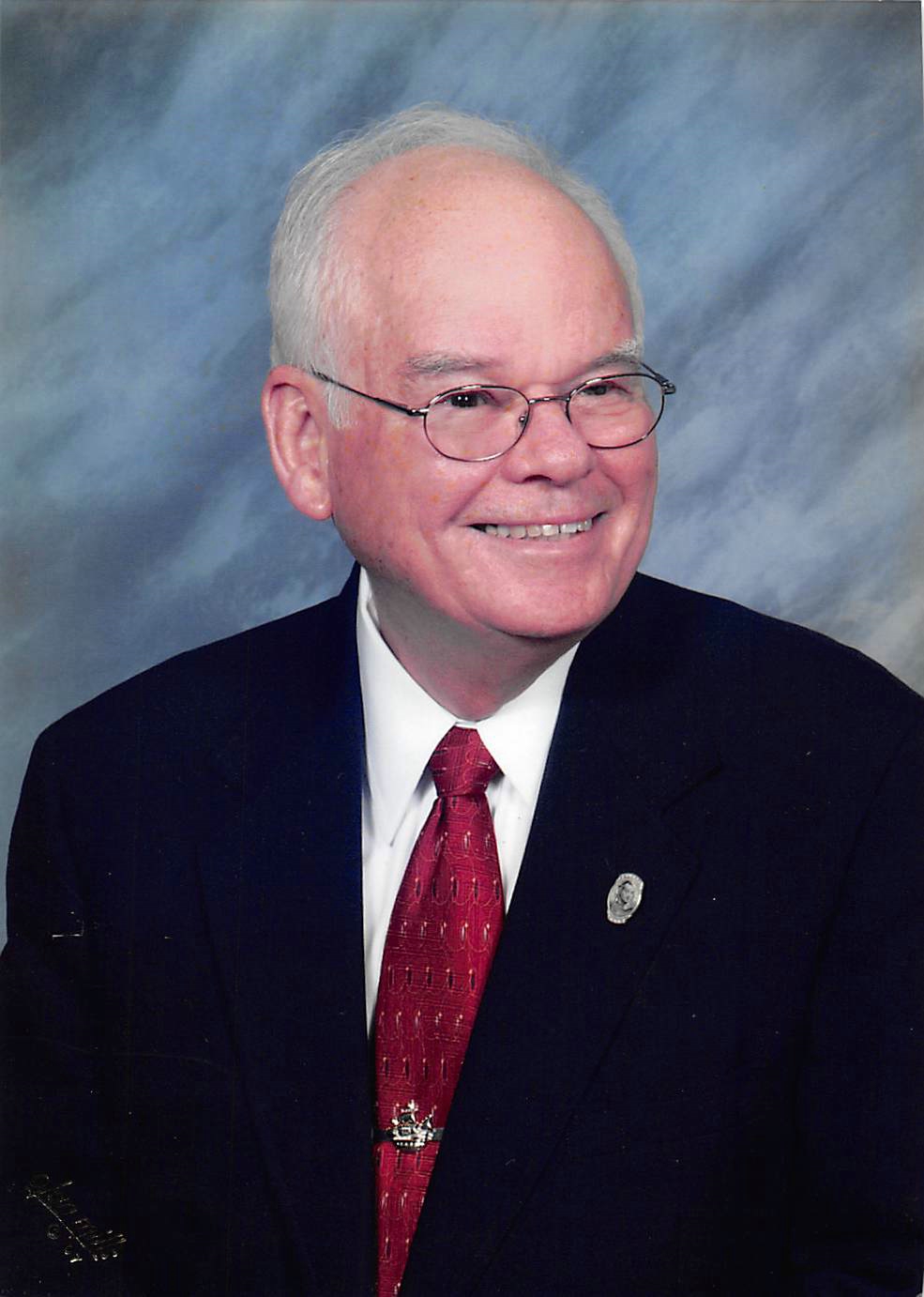 Rodney Bruce Taylor passed away on March 15, 2019. He was born in New York City on August 6, 1927, the son of Vivian Cypher and William H. Taylor. As a child he lived in Ossining, New York, and later moved to Jamestown, VA, with his mother and stepfather, William H. Smith. His stepfather was appointed superintendent of the historic grounds at Jamestown Island for the APVA in 1939.

Rodney is survived by his wife, Jeanne M. Sutherland, whom he married on Jamestown Island in June 2008; his brother Peter Taylor of Raleigh, NC; his daughter, Deborah T. Crew and husband, Dave, of Leesburg, VA; his son, Bruce R. Taylor of Arlington, VA; and his two grandsons, Taylor and George Crew, of Leesburg.

Rodney attended Matthew Whaley School in Williamsburg and loved living on the Island. His book, Remembering Jamestown, Virginia: Growing up in the Shadow of John Smith, published in 2008, charmingly describes his life on the James River, surrounded by history. He fished, crabbed and sailed his boat, the Neversail. As a teenager he worked as a deckhand on the ferry Capt. John Smith, sometimes steering the vessel for its owner, Capt. Albert F. Jester. He recalled that Capt. Jester always made a big deal of giving him 50 cents at the end of his workday. In 1945 Rodney graduated and entered the Coast Guard, serving on weather ships in the North Atlantic. He was discharged in 1946, returned to Jamestown and took post graduate courses at Mathew Whaley, which had added a 12th grade. Then he went to Brevard College in North Carolina, graduating in 1949. Later that year he enrolled at the University of North Carolina. He graduated with a BA degree in 1951, returned to the Coast Guard from 1951 to 1954, then received an MA in education from UNC in 1956.

From 1956 to 1959 he was a teacher of history and government at high schools in Hampton; Raleigh, NC and Fairfax County. He became an assistant principal in Fairfax in 1961 and a principal in 1976, until his retirement in 1982. He then was adjunct professor at Longwood College in Farmville, VA, from 1984 to 1992. In retirement Rodney enjoyed reading, gardening, history, and travel. He was active in the APVA, now Preservation Virginia, and was a volunteer interpreter on Jamestown Island. He jokingly called himself, “Jamestown’s oldest living artifact.” In 2004 he wrote Jamestown: Images of America with his friend Will Molineux. He was a longtime member of the Middle Plantation Club and the Pulaski Club. Rodney was a good friend to many, had a great sense of humor and made an excellent martini.