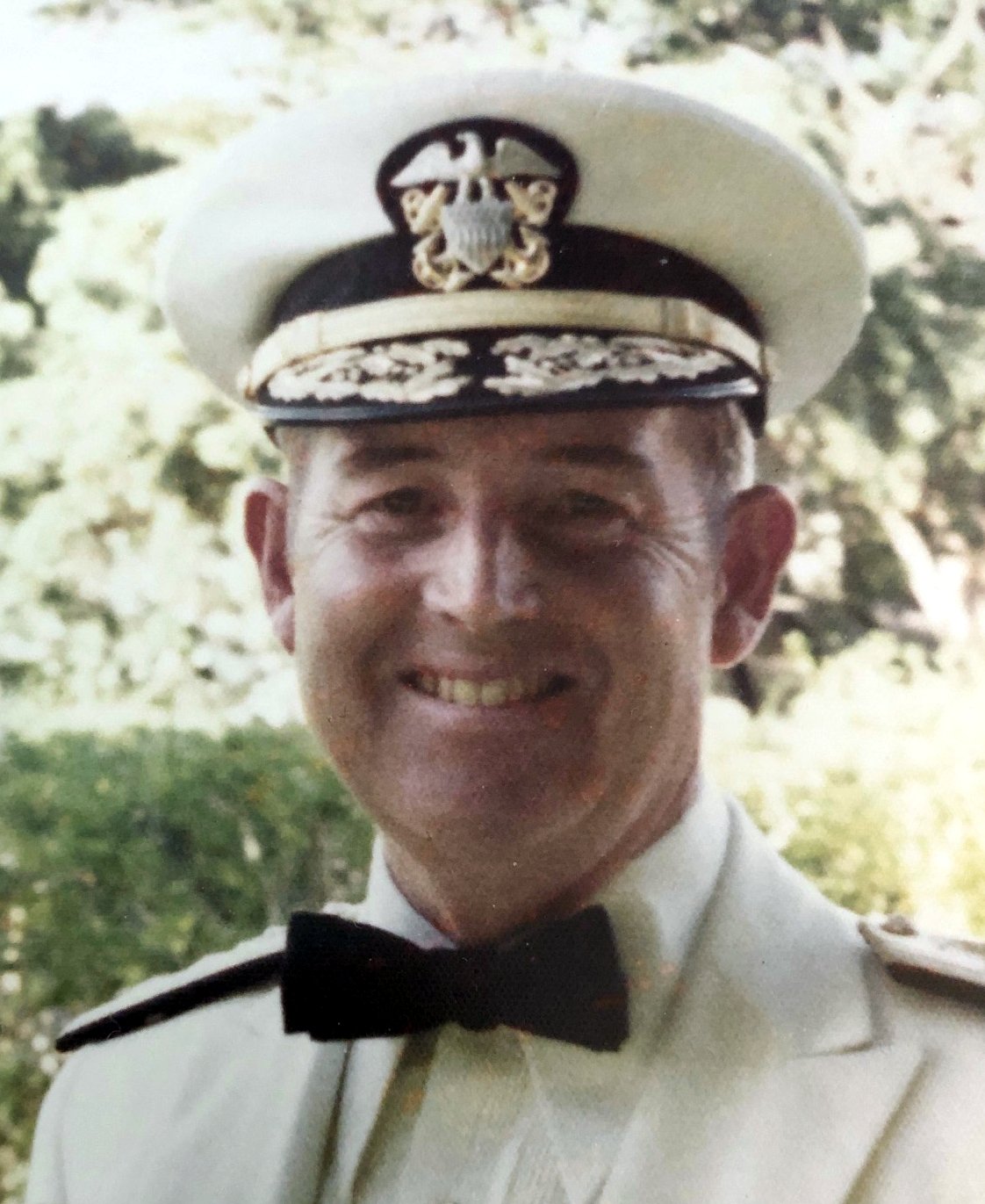 Rear Admiral Robert G. W. Williams, (MC) USN (Ret.) passed away in his house at Patriots Colony at Williamsburg on July 23, 2019. He was 98. Bob is survived by his son, David Williams (wife, Allison Divers) and his daughter, Barbara Scott (husband, Dennis Scott), who live in Roanoke VA and Alexandria VA respectively. Bob was pre-deceased by his eldest son, Wynne Williams, in 2003 and by his wife, Jeanne Myers Williams, in 2014. He and Jeanne had three children, eight grandchildren, fifteen great grandchildren, and one great great grandchild.

Bob was a career physician and Naval officer. He had the opportunity to serve in many places in the United States and around the world.  His career began in Philadelphia, after which he went to Japan. He was stationed at the Naval Hospitals in Bethesda, Annapolis, and Newport. Bob worked at the Bureau of Medicine and Surgery in Washington D.C., and years later in the Department of Defense at the Pentagon. He held commands in Beaufort, SC, Newport, RI and at the National Naval Medical Center in Bethesda. While in Hawaii, he was responsible for various duties on the staff of the Commander-in-Chief of the Pacific Fleet. Bob retired at the age of 57, as Deputy Surgeon General of the Navy.

Bob’s hobbies included photography, sailing, fishing, skiing and Ham radio operation (aa4sv). He also was a master pool player and barbershop quartet singer. He was a devoted parishioner in the Episcopal Church his entire life. In addition, he was a leader in the James River chapter of Kiwanis for many years.

A memorial is planned for August 21 at 2:00 pm in the Grand Hall at Patriots Colony at Williamsburg. In lieu of flowers, contributions may be given to St. Jude Children’s Research Hospital. Bob will be interred at Arlington National Cemetery.