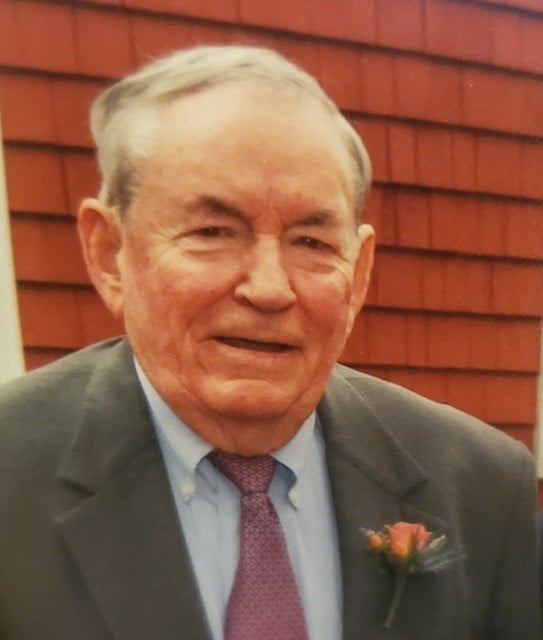 Robert (“Rob”) Sheldon Yates passed away peacefully in his home in Williamsburg, Virginia on June 7th, 2021, at the age of 88.  Robert was a great husband, father, and friend, and he will be dearly missed.

Born in 1933 in Burlington, Vermont, Robert was the son of Edith and Sheldon Yates.  Growing up in Englewood, NJ, he attended the Englewood School for Boys. Next chapter was at Deerfield Academy and then on to Yale University. After graduating from Yale in 1955, Robert served proudly as a Captain piloting B-47 bombers for the United States Air Force.

After the Air Force, Robert spent most of his career in the packaging business, primarily at the family-owned business, Arkell and Smith.  Robert spent summers on Nantucket for more than 50 years where his parents built a house in 1929.

Robert was a passionate athlete and enjoyed playing golf, tennis, squash, and fishing for blues on Nantucket.  He was also an avid sailor, and in retirement loved to join his remote control sailing friends at Chisel Run Creek for weekly races.  After becoming an amputee in his early 50s, Robert became a founding member of the Eastern Amputee Golf Association where amputees could compete in annual tournaments, outings and scrambles. Whether it was in his daily life or on the course, Robert inspired all who knew him with his determination and positive attitude.

Robert had a wonderful sense of humor, was a great storyteller, particularly about his adventures in his youth, and always had a new hobby or interest.  His zest for new life experiences remained strong through his life.

In remembrance of Robert’s life, the family asks that any charitable donations be made to the Eastern Amputee Golf Association, 2015 Amherst Dr., Bethlehem, PA 18015-5606.