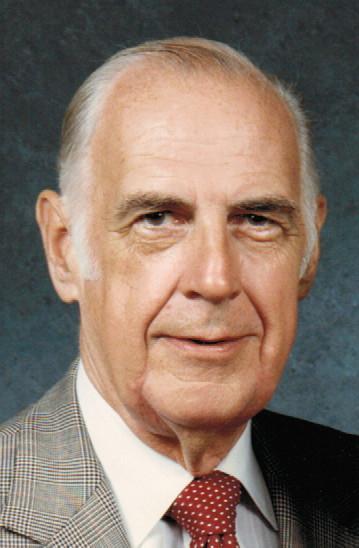 Robert (Bob) Richard Rumer, age 90, died peacefully on Tuesday, November 20, 2012 at Woodhaven Hall in Williamsburg, VA with family members at his side.

Bob was born on October 11, 1922 to Richard O. and Margaret Hauer Rumer in St. Louis, Missouri. At the age of 19 he graduated from Washington University with a Bachelor of Science degree, majoring in Chemical Engineering. He was a member of Phi Delta Theta social fraternity, and Tau Beta Pi and Phi Kappa Theta honor societies. He served as a Lieutenant JG in the United State Navy from 1944-46, and worked on the Manhattan Project.

He married the love of his life, Shirley Pemberton, in 1944 and they lived in Oak Ridge, TN, Yorktown, VA and Washington, D.C. during his Navy service. An industrial career led Bob and Shirley and their growing family of four children to live in Columbia TN, Soda Springs ID, St. Louis MO, and Pittsburgh PA. B Bob worked as a chemical engineer and then executive for Monsanto Company for 25 years, where he was Vice President and General Manager of the Agricultural Division. He went on to work for Mobay (Bayer) Corporation for an additional 16 years. When Bob retired in 1985 as Executive Vice President of Bayer Corporation, they moved to Williamsburg, VA.

Bob was active in the Presbyterian Church throughout his life ñ teaching Sunday school, singing in the choir, and serving as an elder and deacon. He served for 9 years as Chair of Finance on the Board of Directors of Pittsburgh Theological Seminary. In Bobís retirement years he volunteered for FISH (community food and clothing distributor) serving for 4 Ω years as its President. He also served as a tutor to young readers at Rawls Byrd School. Bob was a voracious reader, loved fishing and was a world-traveler into his late 80ís. He was a patron of music and the arts. He became an avid bread-maker and gourmet cook in his retirement years.