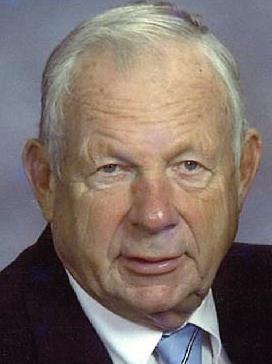 Robert P. Hunt, longtime Administrator at the College of William and Mary, died early on December 4, 2015, in Richmond VCU Hospital after a lengthy illness.

Mr Hunt was born on April 10, 1934, in Accomack County, Virginia, a Methodist preacher’s son of Norman F. and Lottie M. Hunt. He was predeceased by his parents and his six siblings.

After graduating from Randolph Macon Academy, he received a BS degree from Randolph Macon College . He received a Masters of Education in Guidance and Counseling at William and Mary. He also received a Certificate of Advanced Study in Educational Administration. In August 1957, he returned to William and Mary as a Graduate Assistant, coaching football and basketball. This began a lifetime career and dedication to the college.

From 1961-1980 Bob served as the Dean of Admissions. He organized many new programs among which were Review Committee Procedures, including faculty and administrators, regarding admission decisions. He developed a program for local secondary students to enroll in college courses. He developed the Early-Decision program used today. He supervised Alumni receptions for admitted students. He was President and Chair of School-College Relations Committee of Collegiate Registrars and Admissions Officers. During these years he served as Chairman of many committees related to admissions both local and state.

From 1980 until retirement in 1995, Bob was Associate Director of Career Services. During those years of counseling students and alumni, in their graduate school admissions and job search, Bob administered alumni career advisory programs. He served as President of the VA College Placement Association. These years he was an ardent supporter of athletics and academics of the College.

Kiwanis Club of Williamsburg was a most important part of Bob’s life. He served in many capacities through the years – distinguished Past President, Board of Directors for Kiwanis Foundation, volunteered for many (almost all) committees for the club projects.
He was the recipient of the Korczowski – Fuller award and the Kiwanis Hixson award, both in recognition of civic service.

At Williamsburg United Methodist Church, he served on the Official Board and Wesley Foundation Board. Bob was Chairman of the WJCC School Board and was a member of the Headstart Policy Council.