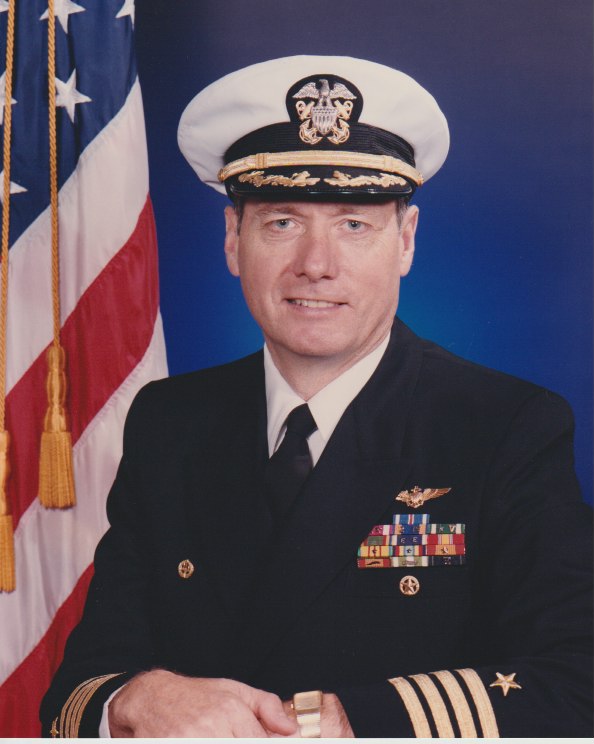 Robert Lee Leitzel, 73, residing in Williamsburg, VA died peacefully from complications of a rare gastrointestinal cancer at Hospice House on July 18, 2018. A private, graveside service with military honors will be held at Arlington National Cemetery at a date to be determined.

Captain Leitzel was born February 2, 1945, at home in a farm house near Halifax, Pennsylvania. After receiving his Masters of Education degree with a Biological Science major from Pennsylvania State University, he joined the Naval Aviation Flight program in October 1968. After earning his Naval Aviator’s wings in June 1970, Robert selected the A-6 Intruder as his aircraft of choice for the fleet. There he served in VA-52, embarked in USS Kitty Hawk; VA-85, embarked in USS Forrestal and VA-65 embarked in USS Dwight D. Eisenhower and ultimately amassing over 3,500 flight hours in the Intruder.

Robert served in combat during a 10 month deployment to Southeast Asia in 1972. There he flew over 200 combat missions mostly over North Vietnam and was awarded the Distinguished Flying Cross, two Individual Air Medals with 15 Strike-Flight Awards, Five Navy Commendation Medals with combat “V”, Republic of Vietnam Campaign Service Medal with Silver Star, and The Republic of Vietnam Gallantry Cross Unit Citation. This first operational assignment gave Captain Leitzel an excellent start on achieving over 1,000 carrier arrested landings during his nearly 31 years career.

Captain Leitzel earned several citations and awards including three Meritorious Service Medals in subsequent assignments that included: Instructor Training Squadron Ten (VT-10), Project pilot for Air Test and Evaluation Squadron Five (VX-5), Administrative Assistant to Deputy Chief of Naval Operations for Air Warfare (OP-05), Commanding Officer of the “Fighting Tigers” (VA-65). Robert graduated from the Naval War College in March, 1988, then served as Deputy Commander Air Wing Thirteen (CVW 13), embarked in USS Coral SEA. Beginning in April 1990, he began a two year tour as Air Wing Training Officer for COMNAVAIRLANT, followed by an assignment as Assistant Chief of Staff for Operations for COMCARGRU TWO, embarked in USS John F. Kennedy. From September 1993 to June 1995 he served as Commanding Officer of NAS Meridian, Mississippi. Captain Leitzel retired in June 1999 after nearly four years in his last assignment as Chief of Staff COMNVAIRLANT where he was awarded a gold star in lieu of his second Legion of Merit Medal.

After retirement Robert and his wife, Renee, along with their dogs lived in Mathews, VA for 15 years before moving to Williamsburg, VA in July 2014. After several years of renovation and building in Mathews, Robert picked up a part time, then full time teaching position at Rappahannock Community College. He enjoyed boating, building, golf and travel. After 8 years of instructing General Biology and Human Anatomy and Physiology, Robert retired as Assistant Professor Biological Sciences.

Robert fought a long and painful battle with cancer with the quiet, calm steadfast courage he possessed throughout his entire life. True to his upbringing, Robert was a sweet and humble man and always put others’ needs ahead of his own. Animals of all kinds were cared for by Robert, even snakes which his wife never understood. Robert was admired and respected by his family and so many whose lives he touched. He loved his family unconditionally and was always there for them. Robert’s family loves him and misses him greatly. Thank you, Geezers (golfing buddies), friends and neighbors for your love, support, prayers, emails and visits. You all meant so very much to Robert and he was so happy to see all of you and grateful for your friendship.

The family would like to thank Dr. Christina Prillaman and her assistant Pam Freeman, Dr. DeMatteo and his assistant Aly Trainor at Penn Medicine, the doctors and staff at MD Anderson, and the doctors and staff at Sentara Williamsburg Hospital for their genuine caring and unending help. We would also like to thank Hospice Community Care and Bryan Costreie for working so diligently and quickly to transfer Robert from the hospital to Hospice House & Support Care of Williamsburg which is truly heaven on earth. In lieu of flowers, the family suggests contributions be made to Hospice House of Williamsburg or your local SPCA.