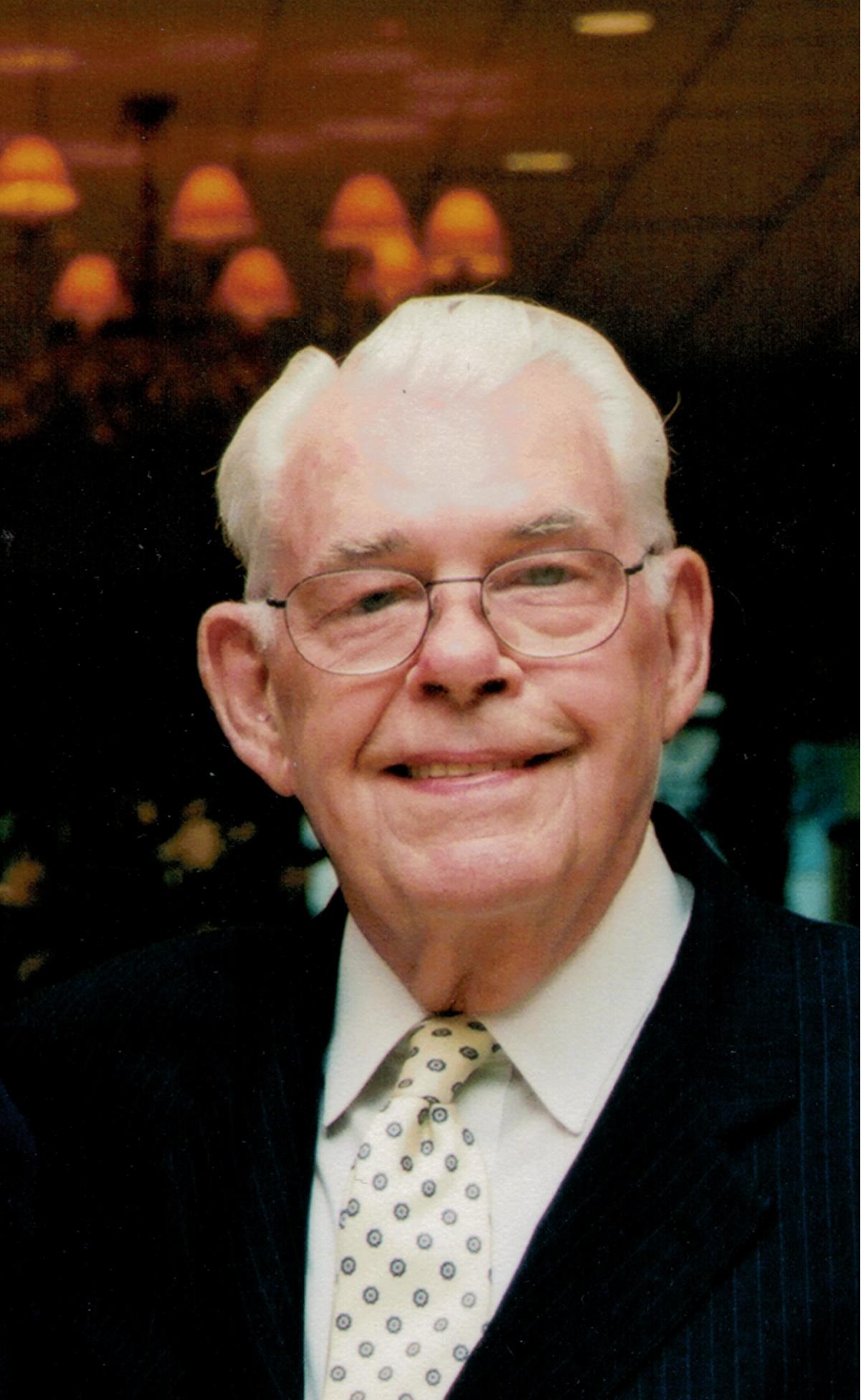 Robert J. Campbell died peacefully on April 12, 2017 at Commonwealth Senior Living with his wife Lillian at his side.  Bob was born on September 10, 1924 in Cambridge, MA.  When WWII started Bob was at Lehigh University in Bethlehem, PA where he was studying Industrial Engineering.  He had been awarded a full 4 year scholarship for not only his studies but his football expertise.  At the end of his second year Bob, as well as many other students, was anxious to fight for his country.  Bob joined the U.S. Navy and achieved the rank of Chief Petty Officer.  He was a flight engineer on the PBM Mariner stationed on the Galapagos Island.  Their mission was to identify enemy submarines in the Pacific.  Bob maintained his love for the U.S. Navy throughout his lifetime.  He was preceded in death by his son, R. Todd Campbell.  Bob is survived by his wife of 39 years Lillian (Comotto) Campbell.  From his first marriage he has a daughter, Deborah Robey of Phoenix, AZ.  He has three granddaughters, Megan Edelle of Florham Park, NJ, Brittany Cooper of Moscow, ID, Ashleigh Rhoades of Lynnwood, WA and 3 great-grandsons.  From his second marriage with Lillian he is survived by Glenn Long, his stepson, of Statesville, NC and two grandsons Thomas Long of Rock Hill, SC and Chris Long of Huntersville, NC and one great-grandson.  Bob will be greatly missed by everyone including his pug dog, Bella.  Both Bob and Bella loved to snuggle together each day for a long nap.  There will be a memorial service on Saturday, April 15 at the White Plains Rural Cemetery, NY at 2p.m.  Thank you Bob for all the happiness and laughter you gave me, Lillian.

In lieu of flowers, memorial gifts may be made to the Heritage Humane Society, 430 Waller Mill Road, Williamsburg, VA 23185.  Online condolences may be shared at bucktroutfuneralhome.net