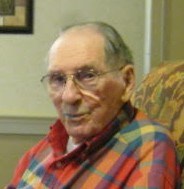 Robert E. Dunnells Sr., 90, born December 7, 1925 in Maine, passed away on Sunday, August 21, 2016. Mr. Dunnells, a highly decorated member of Sons of the American Revolution, served our country as Captain in the United States Navy with 33 years of service.  He spent many passionate hours performing genologial checks for potential members into the SAR.  He was preceded in death by his parents; Edgar and Ethel; and son Robert Edgar Dunnells Jr. Robert is survived by his loving wife, Corinne Dunnells, daughter, Patricia Dunnells; son, Gregory Dunnells; grandchildren, Phillip, Brenna, Andrew, and Paul. A memorial service will be held on Thursday, August 25, 2016 at 2:00 pm at Bruton Parish Church, 331 W. Duke of Gloucester St. Williamsburg, VA 23185. Interment will follow in the church cemetery. In lieu of flowers, memorial contributions may be made to, The Wounded Warriors Project. Online condolences may be shared at bucktroutfuneralhome.net