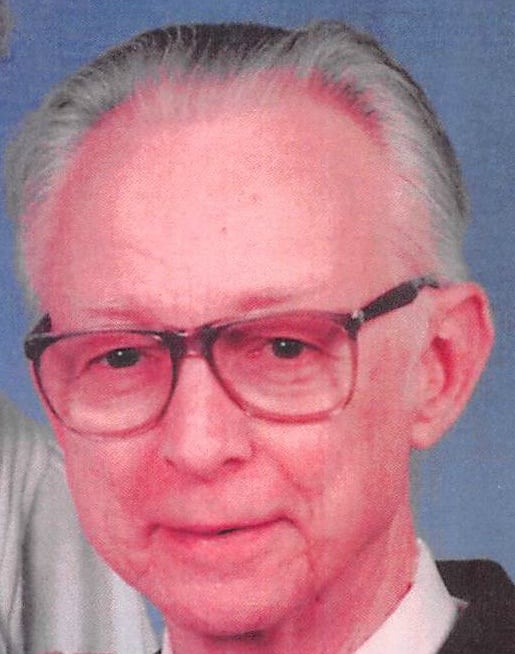 Robert Britton (Bob) Young, IV, MD died unexpectedly yet peacefully at 89 years of age on October 31, 2017.  He and his wife, Clarissa, had celebrated their 64th Anniversary one week earlier.  He was born in Kansas City, Kansas on May 28, 1928 to  Robert B. Young, III and Gladys Williams Young.

Robert attended college and medical school at the University of Kansas.  He married Clarissa (Pat) Carter on October 25, 1953 while in his internship for General Medicine.  After completing the internship, he joined the USAF Medical Corp and was stationed in Freising, Germany during the Occupation.  Attaining the rank of Captain, he served as physician for 600 Air Force personnel and their dependents.  While in Germany he and Pat enjoyed traveling extensively around Europe.  At the end of his tour, they moved to Halstead, KS where he was the only general practitioner at the Hertzler Clinic, also doing obstetrics and assisting in thoracic surgery.

In 1960, Bob, Pat, and their two children moved to Rolla, Missouri.  He practiced at the Russell-Young Clinic for almost 40 years in general medicine, obstetrics, pediatrics, cardiology, and gerontology.  In 1970, Dr. Young became a Charter Diplomate in the American Board of Family Practice, maintaining his certification for 32 years.  While on staff at Phelps County Regional Medical Center (PCRMC), he established the hospital’s cardiology services and their first Intensive Care Unit.

In addition to his practice duties, Dr. Young held a faculty appointment at the University of Missouri-Kansas City Medical School and was a preceptor to many students. He served a number of terms in medical administrative roles at PCRMC including Chief of Staff. He was a Medical Director of Meramec Hospice (the first hospice in the region), and also served on the board of the county’s Home Health Agency.

Family was very important to Bob.  Every year he planned special trips across the country, Canada and in Europe so his children had the opportunity to see more of their world.  Two trips that were most memorable for him were traveling with each of his adult children on separate tours of Alaska.

Following retirement from private practice in 1996, Bob continued working with the University of Missouri-Rolla Student Health Services.  In 1999, he and Pat relocated to Williamsburg, VA to be near family.  His retirement allowed him more time to continue his enjoyment of playing the violin, reading, model railroads and model airplanes.  He was a fine craftsman of many pieces of furniture which are cherished by his family.  Bob was a member of Bruton Parish Church and the Williamsburg Society of Scots.

Robert Young is survived by his wife, Clarissa C. Young, his son Robert B. Young, V, MD (Anna) of Pittsford, NY and his daughter Clarissa Y. Mangelsdorf, DVM (Mark, DVM) of Williamsburg, VA.  He was the proud Grandfather of Laura M. Suders (Ryan) of North Carolina, and  Danielle and Robbie Young of New York.  In addition, he is survived by his sister Gladys Harrison of Pennsylvania, sister-in-law Martha N. Cousins of Massachusetts, four nephews, one niece and their families.

A memorial service will be held at Bruton Parish Church, Williamsburg, VA on Saturday, December 9, 2017 at 1:00 p.m.  Interment  will be private at a later date in the Bruton Churchyard.  In lieu of flowers, memorial gifts may be made to University of Kansas Endowment in support of Summerfield Scholarships (P.O. Box 928, Lawrence, KS  66644), Bruton Parish Church Endowment ( P.O. Box 3520, Williamsburg, VA  23187),  or to a local charity of your choice.