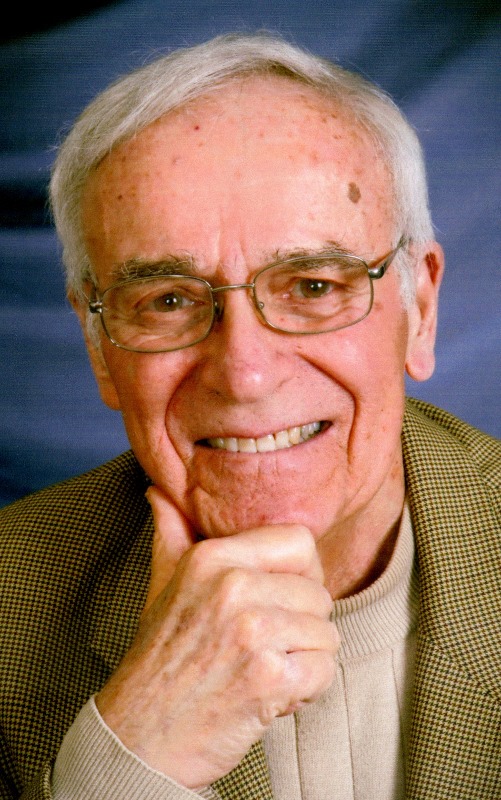 It is with great sadness that we announce the death of Rick Meyer on Wednesday, November 30, 2016 following a long battle with heart disease.  Rick was born on July 23, 1930, and is survived by Carole, his wife of forty years.  He is also survived by his children, Bruce Meyer (Patty), Anna-Lisa Baldwin, Greg Earl (Angela), grand-daughter Haven, grand-sons Spencer Harder, Richard Meyer (Marcella), all of Texas, and nephew Andrew Meyer (Marcia) of Scottsdale, Arizona.  His son, David, passed away in January, 2014.

Born in Chicago and raised in New York City, Rick lived a varied life as a Navy veteran and later employed by Texaco in various positions for thirty-one years.  After retiring in 1988, Rick formed his own company specializing in petroleum products marine loss control and the sale of petroleum products measurement equipment.  He invented and manufactured a tank car gauging device used throughout the oil industry.  In addition, after retirement, he was a consultant for Texaco that later became Shell, working for them until October, 2016, which means he was employed by the same company for nearly sixty years.  He was very skilled in racquet sports winning numerous Squash and Racquetball tournaments in Michigan, Illinois and Texas.  In later years, when racquet sports proved to energetic for him, he took up golf!

Rick was an accomplished lap dulcimer player and he and his wife Carole were part of a folk music quartet in Texas called Muck & Mire and Friends performing at historic festivals in and around the Houston area.  In his earlier life, while living in Detroit, Rick was proud to be part of the touring Metropolitan Opera Company appearing as a supernumerary in nine operas and in the Michigan Opera Company where he met Carole in 1974 and married in 1976.

Moving to Williamsburg from Houston in 2000, Rick was very active in the Williamsburg Lions Club and was presented with the Melvin Jones Fellow award in 2015, a prestigious world-wide Lions award.   He was also involved in The Mews Homeowners Association including four years as President.  In this capacity, he was a speaker and volunteer for James City Neighborhood Connections and was an honoree for the Robert L. Moore Community Patriot award in 2009.  In addition, when he was able, Rick was a regular First Night and Williamsburg Players volunteer.  He enjoyed his life, loved his family and friends and will be truly missed by all who knew him.

The family wishes to thank the staff at Dominion Village for their care and kindness during the last week of Rick’s life and Bucktrout Funeral Home for handling the funeral arrangements.   A Memorial Service will be held at St. Stephen Lutheran Church, 612 Jamestown Road, Williamsburg on Saturday, December 3, 2016 at 4:00 P.M. with reception following.  In lieu of flowers, if you wish, donations may be made to Hospice House, 4445 Powhatan Parkway, Williamsburg, VA 23188, St. Stephen Lutheran Church or Heritage Humane Society, 430 Waller Mill Road, Williamsburg, VA 23185. Online condolences may be shared at bucktroutfuneralhome.net.