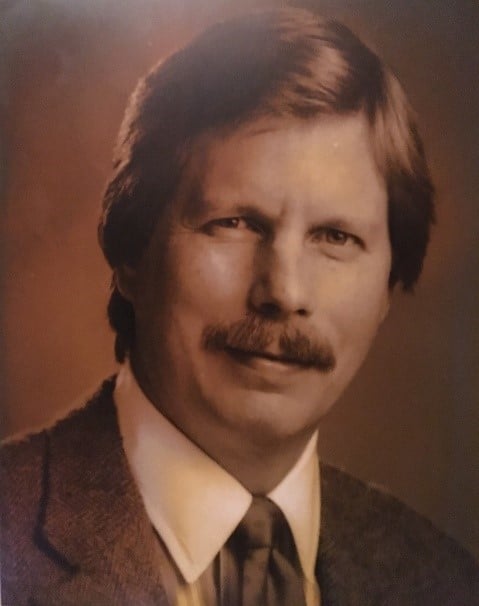 Mr. Johnson, who was known as Ric, was the eldest of the 3 children of Sally Gerwe Johnson and Gene Richard Johnson. Born in Virginia then raised in Chappaqua, NY, Ric attended Horace Greeley High School until 1964, then spent his final year of secondary education at Cheshire Academy in Cheshire, CT, graduating in 1965. After high school, Mr. Johnson served as a member of the US Army in Vietnam during the war there. Returning home he completed studies at Pace University in New York, where he earned a bachelor’s degree in marketing. Mr. Johnson began his career in advertising as a media planner/broadcast buyer in New York. Ric moved to Boston as an associate media director with Arnold and Co., and then joined Siddall, Matus, and Caughter in Richmond, Virginia. In his career he worked as Media Director at notable companies such as The Interface Group, LoJack, and KB Toys. He held professional membership in the Boston Ad Club and the Richmond Ad Club.

After moving to Williamsburg from Cape Cod in 2004, Mr. Johnson continued to work in freelance media, and also enjoyed serving as a substitute teacher in the Williamsburg-James City County Public Schools. In his free time he volunteered with Literacy for Life to assist adults toward learning the literacy skills required for self-sufficiency, better health, and meaningful participation in society. For nearly the last decade Ric found great reward in contributing his time to The Arc of Greater Williamsburg where he participated as a volunteer to improve the quality of life for people with intellectual disabilities through community activities and advocacy.

Ric spent much of his time with his dog, Riptide, and the many friends they both met through the Kingsmill K9 playgroup. In addition to his network of good friends in Williamsburg, he leaves his son, Spencer Burgess Johnson of St. Thomas, USVI as well as his daughter, Taylor Hancock Johnson and her partner Kevin Loughnane, and his two grandsons Samuel Hall Loughnane and Wyatt James Loughnane, all of Bourne, MA, as well as several cousins and other extended family. He was predeceased by his parents, Gene Richard Johnson and Sally Gerwe Johnson and his sisters Pamela G. Johnson and Kathleen Ann Johnson.  A private burial will take place with family on March 27 at Cedar Grove Cemetery in Williamsburg.

Friends are invited to gather for a celebration of life at 10am on March 31 at Mounts Bay Recreation Center, Kingsmill, Williamsburg, VA.

Donations may be made in Ric’s memory to: