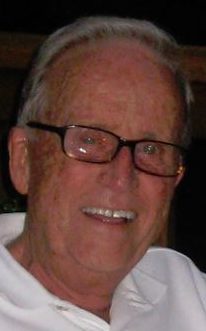 Richard “Dick” Wiley, 89, of Williamsburg, Virginia, passed away on January 18, 2020 peacefully in his sleep.

Dick was born in New Brighton, Pennsylvania on July 6, 1930 to Dr. Roy and Marie (Borland) Wiley. He received his Bachelor of Science Degree from Grove City College in 1951 and upon graduation served in the United States Navy as an officer receiving the Korean Service, National Defense and United Nations service medals.  While serving in the U.S. Navy, Dick married (and later divorced) Joyce H. Kinlock in 1953.  Together, they raised a daughter, Deborah and a son, Jeffrey.

Dick married Mary Ann Wiley in 1978 and enjoyed a loving relationship that spanned more than 42 years.  Together, they relocated from Newport News to Huntsville, Alabama in 1985 and later retired to Williamsburg, Virginia in 1993 where they remained active as members of the Williamsburg Community Chapel (WCC) and the WCC choir.  In 2012, Dick and Mary Ann moved to the Windsor Meade community where Dick was known for his quick wit, his infectious smile, mediocre bridge skills, and his kind and compassionate spirit.

Dick is preceded in death by his parents, Roy and Marie Wiley; his brother, Dr. Robert Wiley; and his daughter, Deborah Wiley Hazelette.