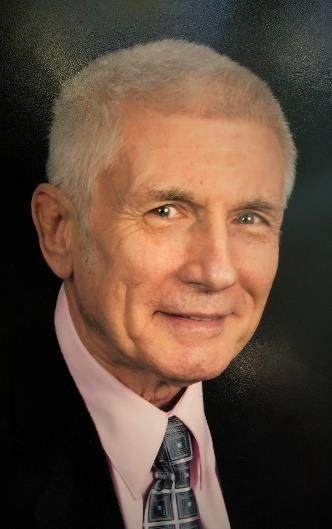 Richard Armand Gendron, 82, passed into glory on 10/19/18 after a brief but difficult battle with pancreatic cancer.

A native of Pawtucket, Rhode Island, Richard joined the U.S. Navy at age 17. Six years later, he met Jeanette, the love of his life for the next 60 years. A Vietnam veteran, Richard served as a Corpsman and retired from the military in 1974 as a Chief Petty Officer. After retiring he and his wife settled in Tidewater, Virginia with their three children, where he worked in insurance sales for the next 25 years.

Richard was a devout and humble servant of Jesus Christ, teaching his children the spiritual gifts of honesty, responsibility, kindness, and empathy for all creatures. A disciple of St. Francis of Assisi, Richard loved animals, and greatly enjoyed the company of his many pets through the years.
Richard had an especially clever and unique sense of humor that lifted the spirits of all who were privileged to know him. He also delighted in classical music and possessed an impressive knowledge of the genre gained from his avid listening since the age of 12. Other passions included baseball, American history, observing wildlife and online gaming with his PlayStation 4.

He is survived by his beloved wife Jeanette (“the most beautiful woman I ever saw”); three heartbroken children: Angela, (husband Felix), Tim (wife Laura) and Becky; six wonderful grandchildren (Katie, Chandler, Noah, Alex, Carter, Jacob); and his brother Raymond (wife Barbara, daughters Nicole, Michelle).
The family will receive friends on Friday, October 26, 2018 from 6pm-8pm at Bucktrout Funeral Home. A funeral mass will be held on Saturday, October 27, 2018 at 1:30pm at St. Bede Catholic Church with burial to follow at Williamsburg Memorial Park.

In lieu of flowers, please donate in memory of Richard to Catholic Relief Services (https://www.crs.org/).