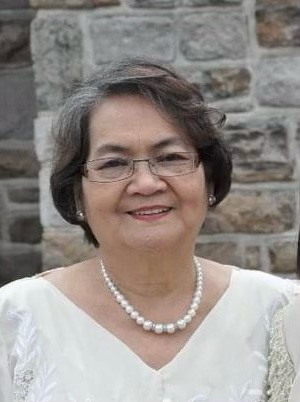 She is preceded in passing by her beloved husband, Ceferino Ronquillo; son, Rodrigo “Bong” Ronquillo and daughter-in-law, Cora Ronquillo.

Remedios will have a visitation on Thursday, September 2, 2021 from 5pm-7pm at Bucktrout of Williamsburg Funeral Home. Her funeral mass will take place at St. Bede Catholic Church the following day on Friday, September 3, 2021 at 11am followed by her burial at Williamsburg Memorial Park.