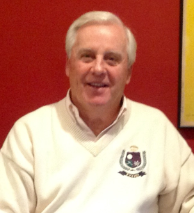 R. Joseph McNamara, of Williamsburg, passed away on December 13, 2017. He was born November 29, 1938 in Lima, Ohio. He had a great mid-western up-bringing in a robust community. He was the only boy in a family of six children. He did a lot of odd jobs growing up, including mowing lawns, caddying at a local country club, paper route, and carry out at a local super market.

Joseph graduated from Lima Senior High School in 1956; he then enlisted in the Marine Corps with several of his classmates for two years active duty and attained the rank of Sergeant. He then enrolled in college at Bowling Green State University in 1958, and earned a B.S. in Business Administration. While in college, he was very active, completely paying his way through college by working odd jobs and obtaining various scholarships and stipends. He was a member of the ODK National Leadership Honorary for men, Beta Alpha Psi business fraternity, Pi Kappa Alpha social fraternity, student council, chairman of various campus committees, member of SICSIC, a unique organization consisting of only six handpicked students from the university to promote spirit, and had a student assistantship in the marketing department his senior year and graduated with honors.

Upon graduating, he joined the Ford Motor Company, Lincoln-Mercury Division in Cleveland, Ohio in their sales management. From Cleveland, he then spent time in Cincinnati, Detroit, and Washington D.C. for a total of 13 years, attaining the position of general Fields Sale Manager, he then became VP of sales for Architectural Products in Fairfax, VA for eight years, and then VP of Sales for AO of Fairfax for six years in the commercial office furniture industry. He then created his own company, McNamara Associates in the commercial office furniture industry for 13 years before retiring to Ford’s Colony in Williamsburg in 2002. While in Ford’s Colony he was very active in the Men’s Golf Association, Men’s Tennis Association, Mixed bowling group, and the South Turnberry Thugs, a neighborhood golf group.

He is survived by his wife, Gail McNamara, his true love and soul mate, who he married in 1993; two children, Jill McNamara of Vail, CO, and son Devin McNamara of Las Vegas, NV.

A memorial service will be held on January 6, 2018 at 12:00pm at the Williamsburg Community Chapel 3899 John Tyler Highway Williamsburg, VA 23185.
In lieu of flowers, please send memorial gifts to Williamsburg Chapel Church.

In lieu of flowers, please send any memorial gifts to Williamsburg Community Chapel, in memorium of Joe McNamara at wcchapel.org/giving