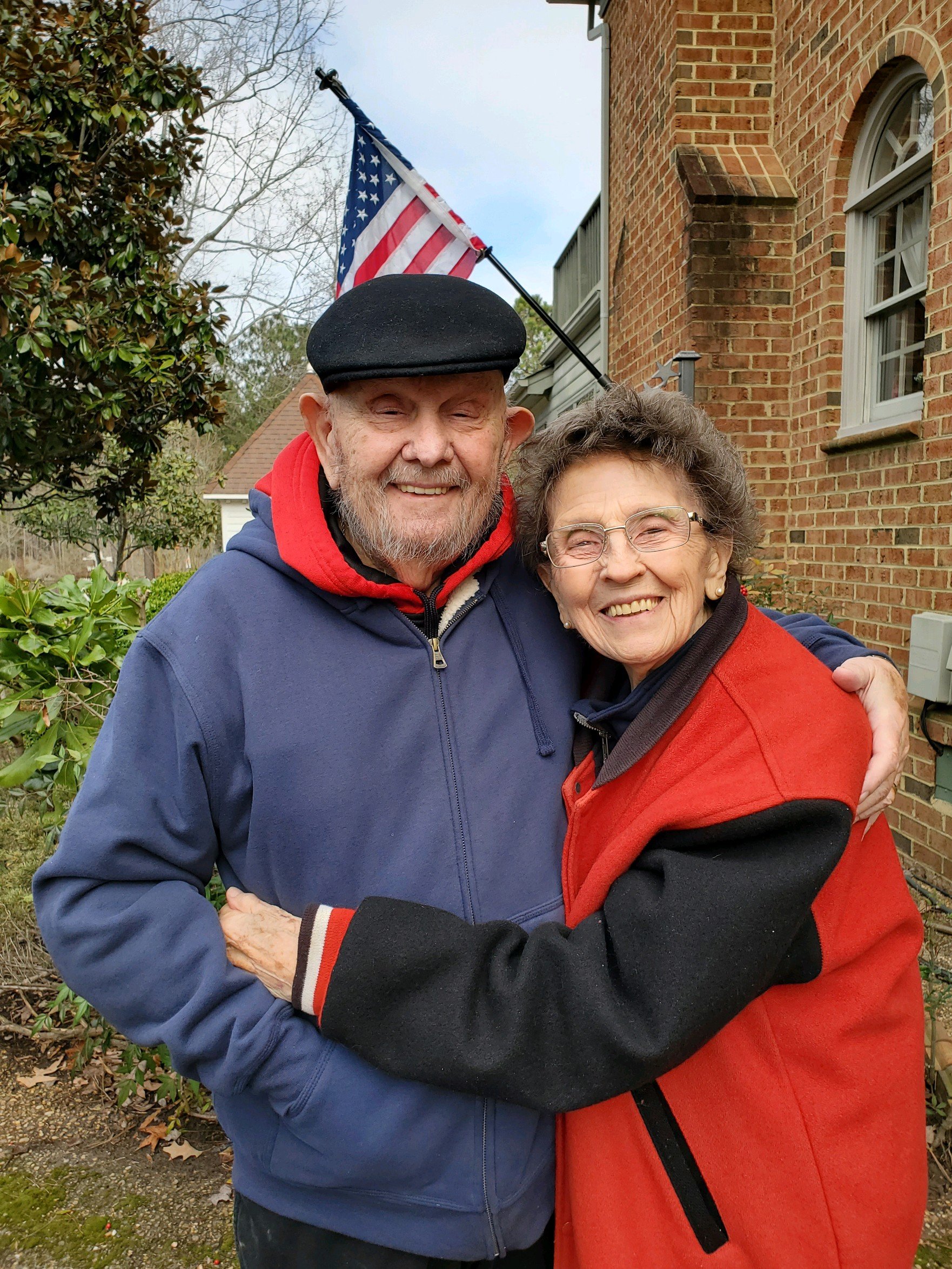 Edward Raymond Seward Jr. and Dorothy Eileen Boone Seward – soulmates together in life, and now together forever for all eternity. Eileen – born on March 2, 1932 in Waynesboro, PA – was called Home to the Lord on August 10, 2022. Ray – born on December 13, 1929 in Baltimore, MD – followed to join his beloved in Heaven on September 21, 2022.
Eileen was the daughter of Rae Beatress DeLawter and John Ervin Boone and the sister of Margaret, Genevieve (Jackie), John Jr., Raeann and Carolyn. She grew up in Hagerstown, MD in a house filled with music – and she followed her dreams to study voice, graduating from the Peabody Conservatory of Johns Hopkins University with a Bachelor of Arts and a teaching certificate in 1954. She performed throughout her time in college as a soprano soloist at numerous churches including the Mount Vernon Place Methodist Church – where the Reverend once told her he’d “love to have a whole choir of Eileen Boones!” In 1955, she began her career teaching at Hagerstown High School – her alma mater.
Ray was the son of Louise Josephine Mallory and Edward Raymond Seward Sr. and the brother of Barbara. He grew up loving sports and played baseball, basketball, football – and even belonged to a church bowling league. While planning to become an athletic director and studying first at the University of Maryland and then at the University of Baltimore – Ray enlisted in the United States Air Force on January 8, 1951. He was sent to the Philippines via the U.S.S. Ainsworth and assigned to the 6205th Air Police and later to the 92nd Bomb Wing – where he helped to establish the first aircraft service unit in the Air Force. Upon his honorable discharge as Staff Sergeant in October 1954 – Ray piled into his Chevrolet and drove across the country from California to Maryland in one straight shot – without a map – to reregister at the University of Baltimore. It was in the registrar’s office where he met a man who would forever change his life.
On March 12, 1955, God and a man named Connie Mcclung, brought Ray and Eileen together on a blind date – a Saint Patrick’s Day dance at the University of Baltimore. Later named “Found-Her’s Day” by Ray, he said it was the day that “God granted my most fervent prayer, to meet my consummate soulmate.” Eileen said, “As a young girl I wished for things and as I grew older my wishes became prayers. My Heavenly Father, who is always present and always listening, so beautifully answered my prayers and richly blessed my life.”  Just a few weeks later, on April 30, Ray and Eileen were officially engaged and joined forever in the Sacrament of Marriage on July 2, 1955.
Graduating with a Bachelor of Science in Business Management, Ray worked for over three decades at the American Lung Association of Northern Virginia, retiring as Managing Director & CEO. Eileen spent decades touching thousands of lives by teaching voice, piano and music theory, up until just days before her passing. The two retired to Williamsburg, VA in 1992 – where they continued their involvement in the church and in their community. Ray became President of the Homeowner’s Association and a Board Member for the Route 5 Preservation Committee. They continued to build their life together both literally and figuratively – Ray put his heart and soul into countless hours designing and building improvements and extensions to all of their homes over the years. In Williamsburg, he built a smokehouse, a well and a screened in porch with a swing. Ray and Eileen – best friends and soul mates – spent thousands of hours on that porch, swinging together and holding hands. Eileen would say, “My life is so beautiful; my heart is filled with love-God’s love and the love of my sweetheart and family; and my lips speak daily my devout gratitude and thanksgiving.”
Ray and Eileen’s faith in God, Jesus, and The Word, extended beyond their own hearts to their family and to every life they touched. Blessed with three daughters and sons-in-law: Debbie and John, Anna and Richard, Sarah and Ted – five grandchildren: Megen, Amanda, Mallory, Sydney and Hunter – and six great-grandchildren: Logan, Griffin Ray, Fiona, Aubrey, Boone and Granger. 67 years spent together, Ray and Eileen’s legacy lives on in their family and in all who love them. All because two people met and fell in love. God’s perfect plan.
Ray’s Celebration of Life will be held at Bucktrout of Williamsburg (4124 Ironbound Rd; Williamsburg, VA 23188) on Monday, October 10 at 1pm.
In lieu of flowers, the Family requests memorial donations be made to The Jewish Jesus, to glorify God in loving memory of Ray and Eileen. Please include their names on any donations so they will be included in their fund. The gift can be mailed to: Discovering The Jewish Jesus; P.O. Box 777; Blessfield, MI 49228 – or made via phone: 1-800-777-7835 – or made online: discoveringthejewishjesus.com