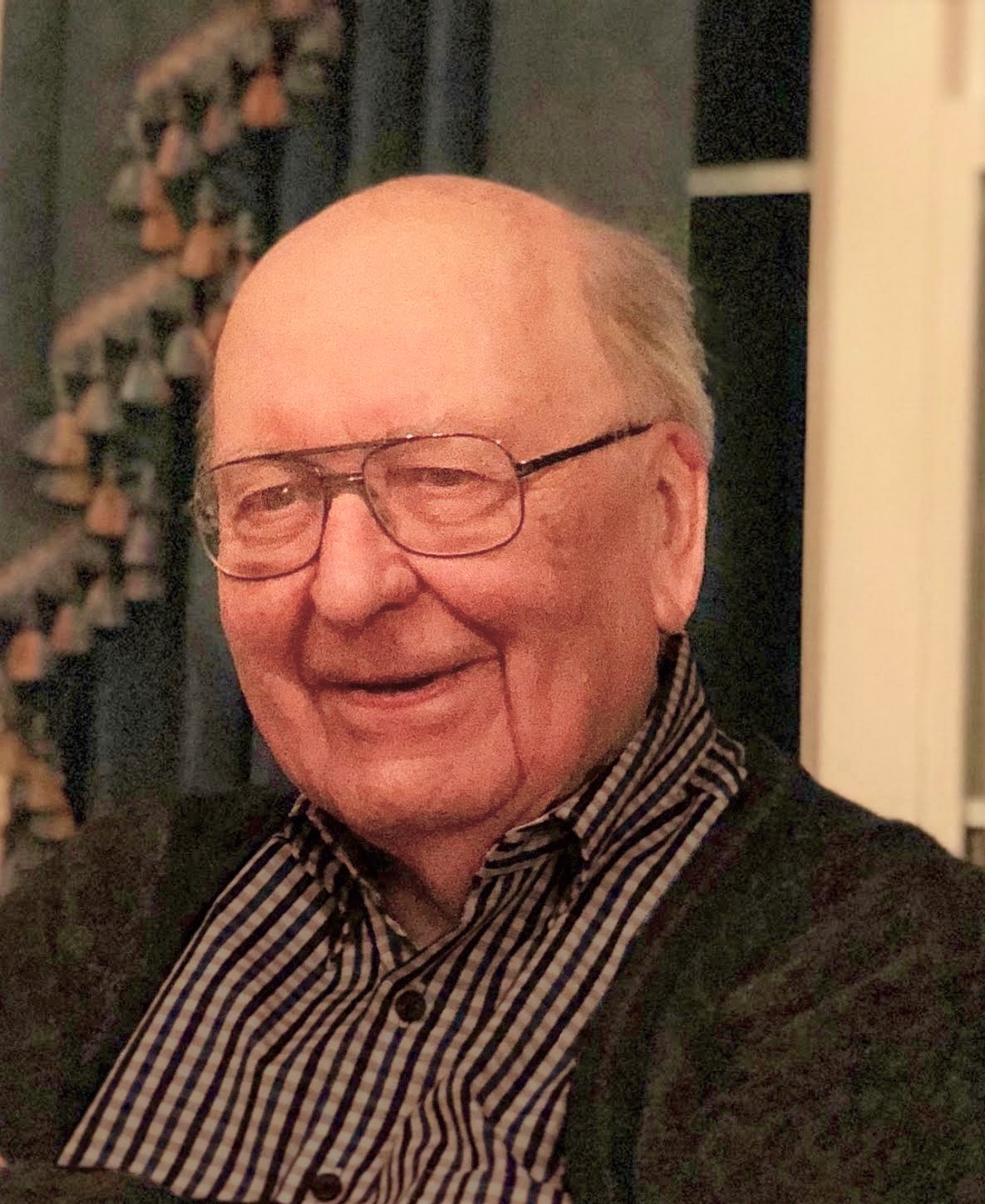 Paul David Howland, 90, passed away on October 13, 2018. Born in Youngstown, Ohio to Elma Laura Maust and David Howland – Paul enjoyed a happy childhood with his parents and his two younger brothers, Wayne and Don. He had many fond memories of his early childhood of spending summers working and playing on his grandfather’s farm (both pre and post electrification!). Once he reached his mid-teens, though, he spent summers working in the steel mills of Youngstown. After graduating from Rayen High School, he attended the College of Wooster (B.A., 1950) and the University of Michigan (M.P.A, 1954). He served two years in the United States Air Force, initially as an enlisted man then as an officer. After leaving the service, he worked as a personnel administrator for the State of NY in Albany before relocating to the Washington D.C. area where he was an employee of the US Navy, and then the Internal Revenue Service. Here he made his home for the next three decades. He met the love of his life, his wife and partner for the next 59 years, Lois Ann Blake, at the “Sunday Evening Club” – a social group for young singles sponsored by the National Presbyterian Church of Washington, D.C. Married in 1959, Paul and Lois have two sons – David of Seattle, WA and Brian of Louisville, KY – and enjoyed the blessings of a healthy, happy family. Paul and Lois traveled widely – adventures which took them to many countries in Europe, Asia, and South America. Across his adult life, Paul was an avid bridge player, gardener, reader and life-long learner. Following retirement, he and Lois moved to Williamsburg where they have enjoyed an active social life with a large circle of friends. He and Lois have been active members and loyal followers of Christ, serving the Williamsburg Presbyterian Church community for nearly three decades. In recent years, he took up lawn bowling, serving as president of the Williamsburg Lawn Bowling club at the Williamsburg Inn. Paul added Bocce and corn hole to his repertoire in recent years. Although his competitive spirit led him to excellence in many activities, his kindness and generosity compelled him to include all those who were interested, regardless of skill or physical capability. Paul was a devoted husband, father, grandfather and uncle to his large immediate and extended family and a warm and caring friend to those who knew him and those who made his acquaintance. He will be dearly missed. He leaves behind his beloved wife Lois, his sons David and Brian and their wives, Peg and Dena, and six grandchildren: Ben, Emma, Caley, Jonathan, Joanna and Julia. A visitation will be held on Tuesday, October 23rd at Bucktrout Funeral Home from 5:00 – 7:00 PM. The Memoria service for Mr.Howland will be Wednesday, October 24th at Williamsburg Presbyterian Church at 2:00PM with burial to follow at Williamsburg Memorial Park. The family will host a reception after the burial at Kensington Ballroom Windsor Meade, 3900 Windsor Hall Dr. Williamsburg, VA 23188. In lieu of donations memorial contributions may be made to Hospice House and Support Care of Williamsburg: 4445 Powhatan Pkwy, Williamsburg, VA 23188 or by clicking the donate button below.