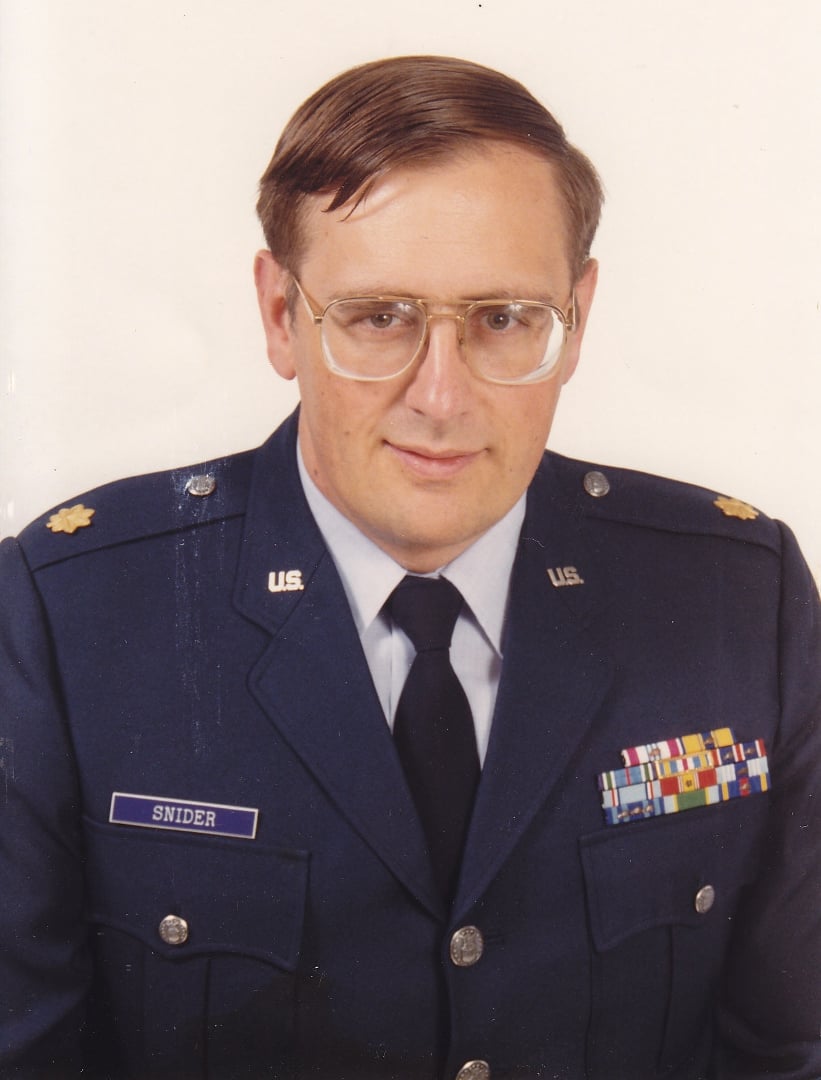 Patrick Laville Snider, age 72, passed away on Friday, April 1, 2022 at Brookdale Memory Care in Williamsburg Virginia, where he resided for the last five months, from complications of Alzheimer’s disease.

He was born August 11, 1949 to Laville Alvin and Doreen Elizabeth (Seng) Snider in the town of Eau Claire Wisconsin. He graduated from Memorial High School and drove a Pepsi truck for a short time. He then enlisted in the Air Force where he met his wife, Emilia Mimi (Chan) Snider, of 45 years while stationed in Panama. They were married June 11, 1976 and attended Eastern New Mexico University together where they both obtained Master’s degrees. Pat then went to Air Force Officer Training School (OTS) and was commissioned May 3, 1979 as a Computer Systems Programming and Analysis Officer. He retired from the Air Force with the rank of Major on November 30, 1993. Pat and Mimi loved to take cruises and managed to take 31 (including two transatlantic) before his Alzheimer’s progressed to the point he could no longer travel. Their love never wavered and when his Alzheimer’s progressed to the point where Mimi was unable to care for him alone, she selflessly entered Brookdale Assisted Living with him in November 2020.