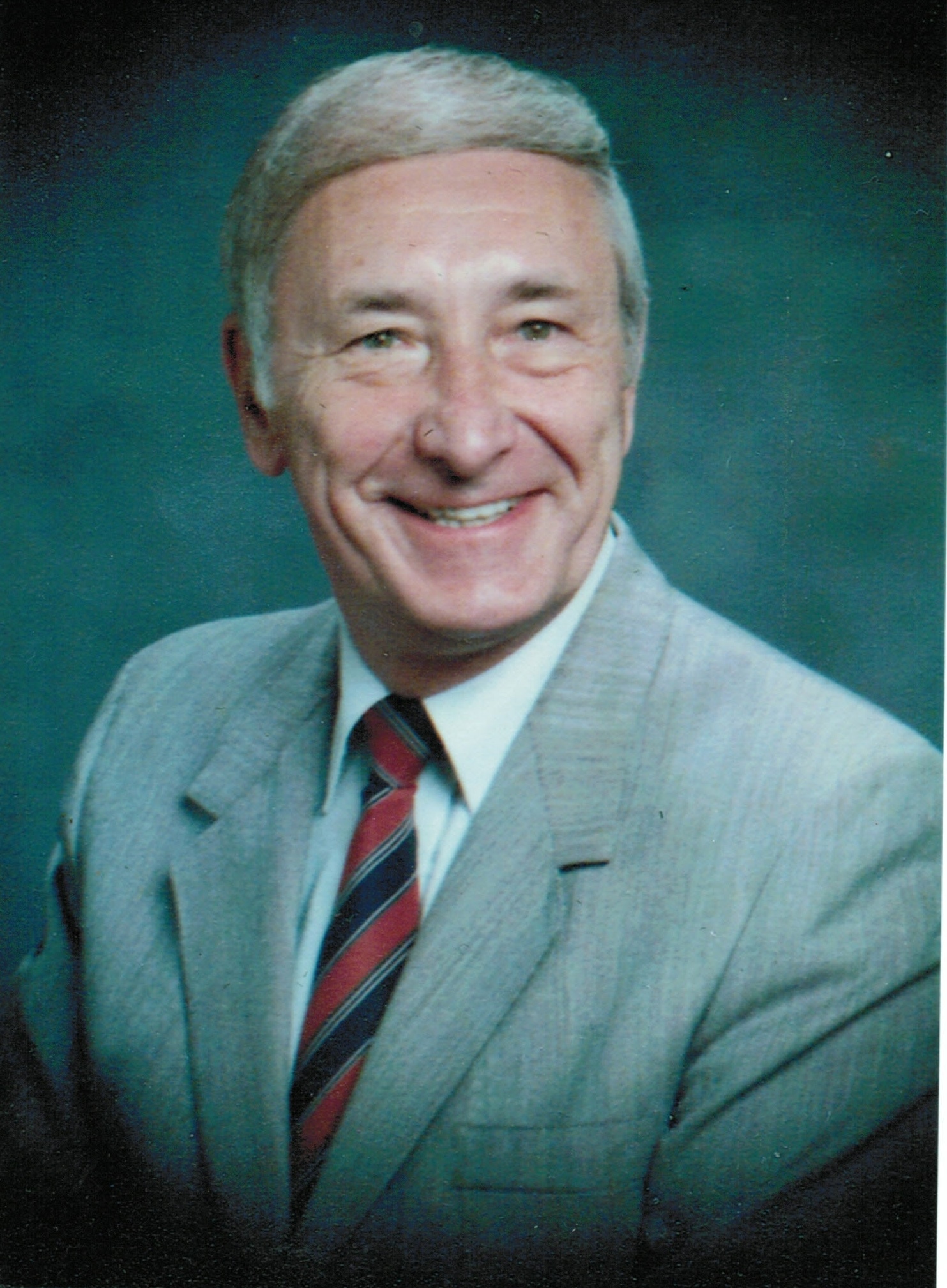 Owen Quintin Niehaus, 91, passed away peacefully surrounded by his family on July 13, 2014. He was born in Rochester, PA and was predeceased by his parents Elmer Willard Niehaus and Gladys May Copestick Niehaus. He is survived by his wife of 68 years, Caryl nee Gramer, his daughter Christine Niehaus and her husband Harris Simon, all of Williamsburg.

Owen’s fascination for flight began very early. At the age of 9 he was building model airplanes, eventually moving into flyable versions. In his teens he designed a towline glider that set a world record. He took flying lessons and earned a private license prior to World War II. He signed up for cadet training in the Army Air Corps. After receiving his commission in Class 44A he was assigned as a flight instructor. Soon thereafter he signed up for helicopter training. He was one of the nation’s first 15 helicopter pilots, and in 1945 was the first person to test fire a 75 millimeter recoilless weapon from a helicopter. Two years later he became the second man in the free world to accumulate 1000 ìfirst-pilotî hours in a chopper.

While in the military he was chosen to set up the Air Corps’ helicopter-pilot training school. When he retired from the military as a Captain he worked as a test pilot for Bell Aircraft Corporation in Niagara Falls, NY, soon becoming the company’s Chief Test Pilot for both fixed-wing aircraft and helicopters. He had flown 67 different types of aircraft.

During his career flying helicopters he made many rescues saving many many lives. He received the ìNational Heroism Award in World War II,î was designated an ìHonorary Speed Merchantî for Albacore Submarine Speed Trial Participation, the William McGuire Award as a Helicopter Pioneer, The Helicopter Assn. Of America ìPioneer in Helicoptersî Award, and designated an ìR-4 Helicopter Pioneerî by Sikorsky Aircraft. He was also a member of the Twirly Birds, which originally was open only to pilots who had soloed in helicopters prior to V-J Day. When he ended his flying career he joined the engineering department at Bell.

In 1969 Owen and his wife Caryl moved to New Orleans. He joined ECI, Inc., a local insurance and pension planning firm, which he purchased two years later. Then he expanded the firm to three states while Caryl played an integral role by managing the business transition.

While in New Orleans his involvement in volunteer work covered a wide spectrum of interests from opera to wildlife. He served as Secretary of the New Orleans Opera Association for 22 years, and was one of the initiators of its Endowment Fund. He held other memberships including the New Orleans Employee Benefit Planners Assn., the New Orleans Estate Planning Council, the National Wildlife Refuge, Inc. (director), Metairie Rotary Club, the Foreign Relations Assn. Of New Orleans, International House, the New Orleans Museum of Art, and a charter member of the American Helicopter Society.

Mr. Niehaus was a Paul Harris Fellow with Rotary International, he received the 1993 Great Gentleman Award from East Jefferson General Hospital, he and his wife were ìSweetheartsî in 2001 for the American Heart Assn., he was honored with the Strength in Age Award from LSU Medical Center, and in 2002 he was inducted into the Hall of Fame of the Niagara Aerospace Museum. In addition to his awards Mr. Niehaus held many patents.

He was a true Renaissance man with a passion for learning something new, with the motto ìIf it has an unknown component, I like to dig in. If I find a subject interesting I get excited about it. I want to know more and to contribute to the subject.î On many fronts his contributions have been outstanding.