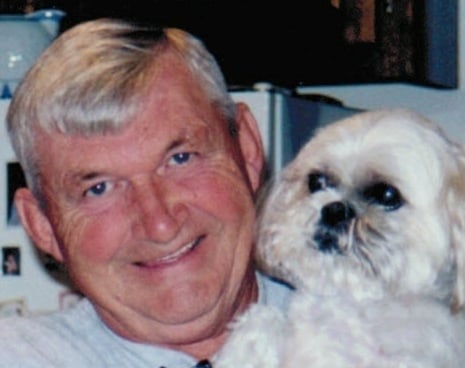 Otto Honeycutt left this world on Saturday, October 18, 2014 for a higher calling. He was 78 years old. Otto was born in the western mountains of North Carolina, where he spent his childhood going to school, working the fields, and learning to survive with humble beginnings. It was here that he met a young girl, Barbara Porshia, who would later become very important in his life. Otto moved from North Carolina to the state of Virginia where he would complete high school, while continuing to work to help the household.

Once out of school, Otto spent some time in the National Guard and working several jobs before settling into the grocery business. He spent the majority of his working career in this field as a meat cutter, meat manager and a district meat supervisor. He was very well thought of in his occupation.

Otto would also reunite with his childhood sweetheart, Barbara once he was out of high school. Barbara graduated from school in North Carolina and also moved to secure employment and latter started dating Otto. The fell in love and got married. From the marriage came two children, Michael and David and many happy years together. Otto was a member of the United Methodist Church, however his personal church always revolved around helping family and friends. He always had time to touch someoneís life and help those in need.

Otto is preceded in death by his loving wife Barbara, his youngest son David, and all eight of his brothers and sisters. Otto leaves one son Michael and his wife Johnnie; two grandchildren, Emily and Christian and his precious hairy human ìSparkeyî to cherish his memory. He also leaves four sisters in laws Atlas, Ellamae, Mary, Omalee and a host of nephews, nieces, and dear friends to remember the good times.

There will be a family and friend gathering at Bucktrout Funeral Home on Thursday, October 23, 2014 at 9:00am with a graveside service to follow at 11:00am in Williamsburg Memorial Park.

My father is very dear to me and I will miss him. He always put the needs of his family and others before him. I truly believe his humble beginnings, hard work, devotion to family and his true love for serving the Lord by helping people is what made my father a true success story. He is my SUPERMAN!