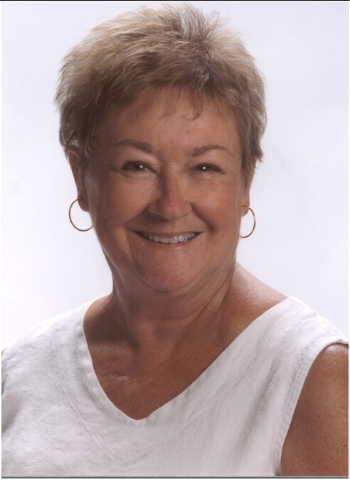 Nancy Pegelow Mehegan, 77, of Williamsburg, Virginia, passed away on Tuesday, October 16 after a battle with cancer. Mrs. Mehegan is survived by her husband of 56 years, A. Dennis Mehegan, Jr., her son A. Dennis Mehegan, III and daughter-in-law Patricia Mehegan and her daughter Laura Mehegan and son-in-law Edward Barney. She is also survived by five grandchildren, Madeleine and Abigail Niang and Mary Kate, Meredith, and Jack Mehegan and her niece Amanda Hensley.

Mrs. Mehegan grew up in the Chicago suburb of Wilmette, Illinois. She graduated from New Trier High School in 1959 and attended Bradley University where she majored in Fine Arts. She married her husband on February 3, 1962. She moved to Morgantown, WV with her family in 1982 and later moved to Williamsburg, VA in 1990.

Mrs. Mehegan was an active member of her community. She was a member of the Seaford Yacht Club where she served many different roles including commodore in 2006. She volunteered for the Greater First Colony Area Civic Association where she was a past president of the association and the first and only, so far, female president. When her children were young, she was active in the PTA, Girl Scouts, and Cub Scouts.

Mrs. Mehegan had a creative gift and was an expert quilter. In addition to the many quilts that she created for her family, she also designed a quilt displayed in the Mary Babb Randolf Cancer Center in Morgantown, WV. She had an eye for decorating and could fix or refurbish anything from an old piece of furniture to an entire house. Mrs. Mehegan loved to cook, garden, and watch the birds.

Mrs. Mehegan was proud of her status as a cancer warrior. She was first diagnosed with cancer over 25 years ago in 1992. She won the cancer battle at least four times but ultimately succumbed to the disease.

Mrs. Mehegan is also survived by many dear friends who graciously helped her during her last few months. She will also be missed by her former son-in-law Abib Niang. She was preceded in death by her parents, J. Gordon and Irma Pegelow, and her brother, J. Alan Pegelow.

A Celebration of Life will be held on October 28, 2018 at 2 pm at the Seaford Yacht Club in Seaford, VA. Flowers can be sent to the Bucktrout Funeral Home in Williamsburg, VA.