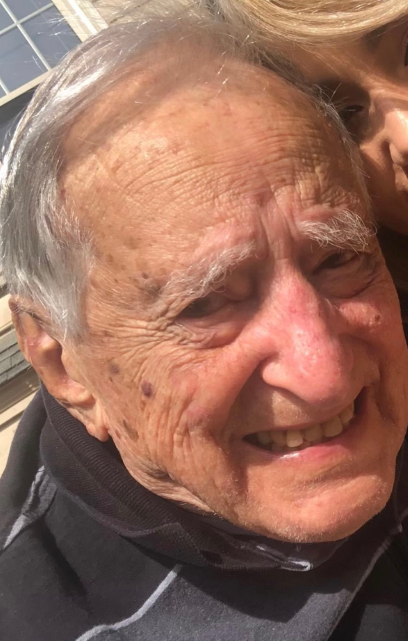 Father, grandfather, and great grandfather Morris (Poppy/Pawpaw) Robinson, DDS, formally from Stagfield, Hanover County peacefully passed away 25 October 2021 at his home in Williamsburg, VA with his devoted daughter keeping vigil, finally getting that dinner he never got.

Born 1920 (101) to Eli and Lena Robinson, he was the last surviving of eight children.  He was preceded in death by his wife of 51 years, Elizabeth “Tings” Sommers Robinson.

He grew up in Richmond, Virginia and after finishing Thomas Jefferson High School lettering in baseball and All-State in basketball, he graduated from the University of Richmond. He earned his DDS degree from MCV School of Dentistry. He served as Captain in the U.S. Army during WWII and was a medic/dentist with the 1271st Engineer Combat Battalion in Europe. He practiced dentistry for 40 years in Richmond and Montpelier until his retirement to Williamsburg’s Kingsmill on the James in 1987 to garden and play golf. Morris as an avid golfer, played well into his 80’s with 5 holes-in-one to his name.

He will be laid to rest in Hollywood Cemetery beside his wife “Tings” in a small graveside ceremony honoring his life at 11:00 AM, Saturday, 30 October, 2021.

The family extends much gratitude to Stephanie Sword for her help with Poppy.