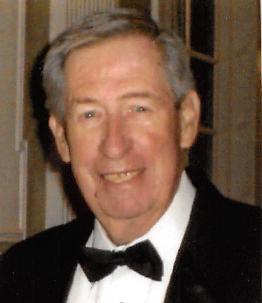 Michael Francis White passed away at home on Sunday, April 19 due to multiple cancers. He was 83.

He was predeceased by his wife of 47 years, Mary Jane in 2009, and is survived by his loving partner of 7 ½ years Barbara Buder, his son Michael F. White, Jr. (Dianne), of Washington state, daughter Heather McQuaig (Bobby) of Fla, two grandsons Daniel Edward McConn and Christopher Lee Wadrose – both of Fla. A native of Stamford, CT, and a graduate of Iona College in New Rochelle, NY, Mike lived in Virginia for most of his adult life.

Prior to retiring to Williamsburg in the 1990’s, Mr. White had his own consulting business in the area of disease prevention and health communications with major pharmaceutical companies, medical societies, and public health administrations as his primary clients. Before that, for 27 years he was an official of the U.S. Public Health Service (USPHS) with tours of duty in the office of the Assistant Secretary of Health and Surgeon General, the National Institutes of Health (NIH), and the Center for Disease Control and Prevention (CDC) He became a member of the federal Senior Executive Service (SES) in 1981. Prior to his time with the USPHS, he served as a news writer for the Voice of America which broadcast from D.C. to scores of countries worldwide. While enlisted in the U.S. Army, he was a news and commentary writer for the Voice of the United Nations Command which broadcast from Tokyo to mainland China and North Korea.

Throughout his career, Mr. White was the recipient of many honors and awards. In 1984 he was elected as a fellow of the National Heart Association’s Council on Epidemiology – one of the few non-physicians or scientists to be accorded the honor. In 1998 the CDC and the State Associations of Directors of Public Health Education and Health Promotion jointly presented him with the annual award for “The individual whose imagination and creative efforts have positively influenced the advancement of health promotion in the country. An anti-smoking TV commercial he created using STAR WARS characters won the Public Service Announcement category of the advertising industry’s Clio award in 1980.

Mike had the responsibility for developing a number of national health education programs in which he involved celebrities. He was the first to partner with the NFL in a campaign promoting anti-drug abuse messages with 4 NFL players in every televised game. Another first included persuading Lucas Films to make available the Star Wars characters C3PO and R2D2 for a campaign to reduce childhood smoking and promote childhood immunization. Other immunization campaigns included Rose Kennedy, Arthur Ashe, and Captain Kangaroo.

While retired at Ford’s Colony Mike enjoyed golf with the MGA and wrote several consumer-oriented educational health columns on such topics as biomedical research and those chronic diseases effecting the aging population. He was also a volunteer Ambassador Advocate for the Alzheimer Association working for additional funding for Alzheimer’s Research. An avid reader, he loved historical novel and biographies.

A celebration of his life will be planned at a later date. Online condolences may be offered at bucktroutfuneralhome.net.

A message from Mike: Special thanks and love to my family, Barbara, and friends, including golfing buddies and neighbors for concern, care and love…You know who you are! Take care of each other!

Memorial contributions if desired may be made to: ALZHEIMERS ASSOCIATION OF SOUTHEASTERN VIRGINIA, ATTN: GINO. 6350 Center Drive, Suite 102, Norfolk, VA 23502